Webinar “Fair criticism of the lessons, hate language and fakes instead of justice” 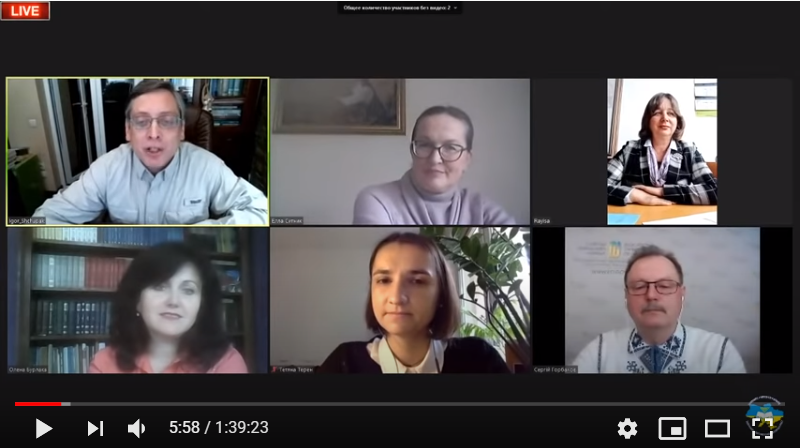 On May 26, the last webinar in this academic year “Fair criticism of the lessons, hate language and fakes instead of justice”, organized by the Ministry of Education and Science of Ukraine, “Tkuma” Ukrainian Institute for Holocaust Studies, Museum “Jewish Memory and Holocaust in Ukraine”, “Orion” Ukrainian Educational Publishing Center (Kyiv) was held.

Read more: Webinar “Fair criticism of the lessons, hate language and fakes instead of justice”

Historical webinar “Deportation of Crimean Tatar people and ethnic communities of Crimea: Soviet crime, which has a sequel” 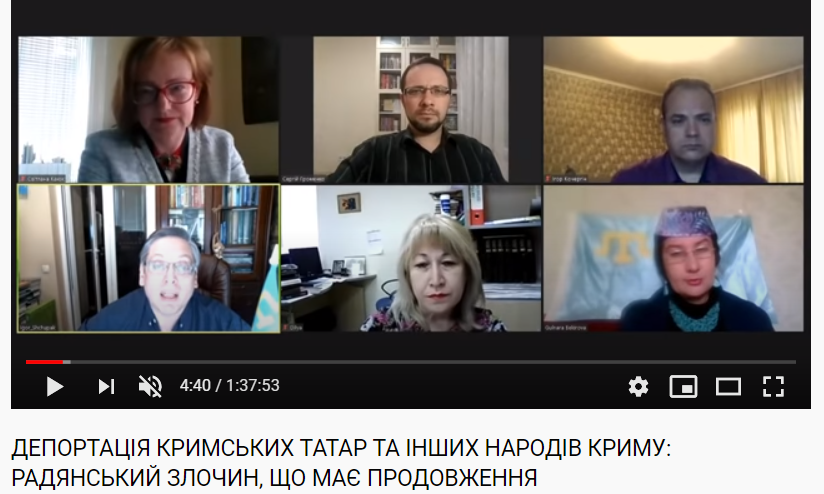 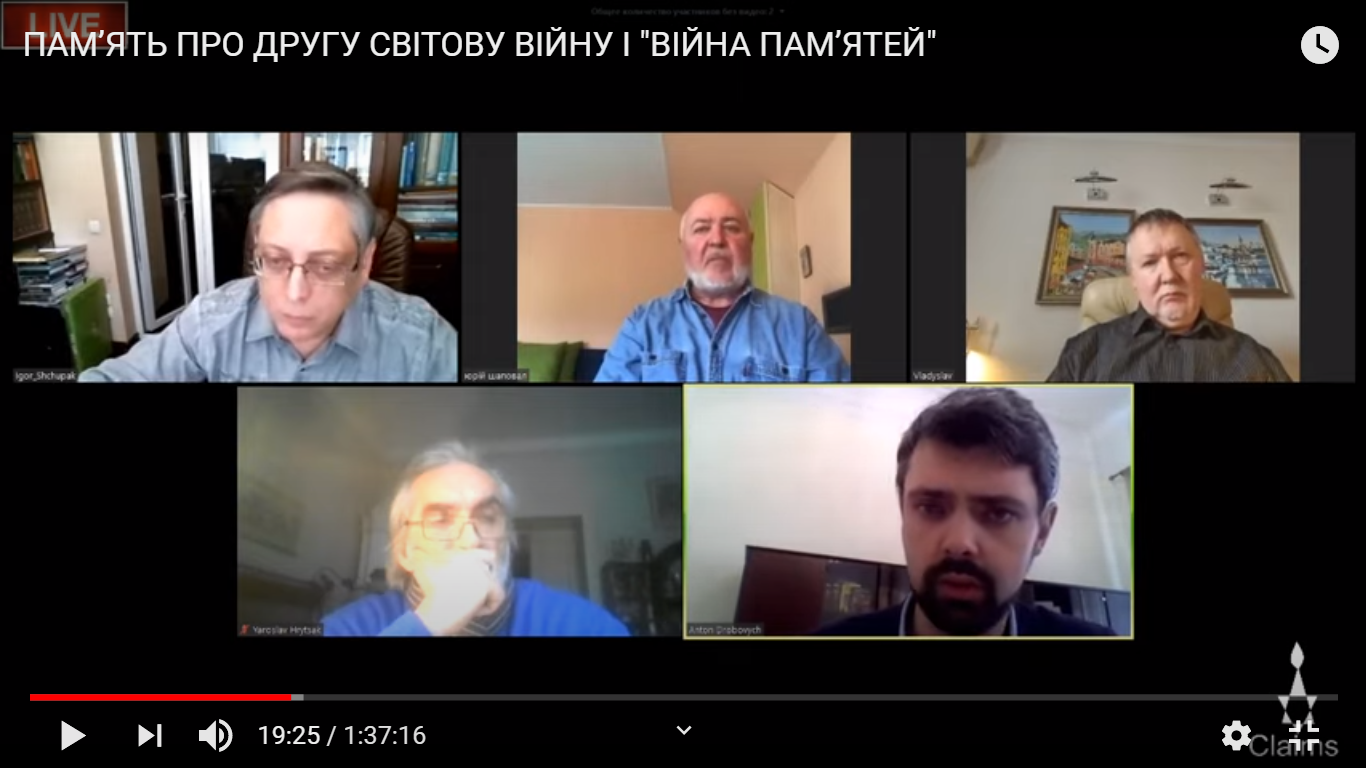 “Tkuma” Ukrainian Institute for Holocaust Studies organized a historical webinar “The memory of the war and “the war of the memories” dedicated the Day of Remembrance and Reconciliation and the 75th anniversary of the victory over Nazism in World War II. The webinar was unique in the composition of participants and speakers of the project.

This time we managed to gather all together the leading Ukrainian scientists, researchers on World War II history in the one broadcast:

- Yurii Shapoval, Ph. D., professor, chief researcher I. F. Kuras Institute of Political and Ethnic Studies of the National Academy of Sciences of Ukraine, head of the Center for Historical Political Sciences (Kyiv).

Together with respected speakers and viewers of our webinar; history teachers and methodologists, university teachers in general, those who are just interested in history – we were looking for answers to the most pressing and controversial questions of World War II:

- What models of historical memory exist, in particular about World War II, and what model is acceptable for Ukraine?

- Who and how should shape the policy of remembrance of World War II, the Holocaust, Babyn Yar?

- Why is the “war of memories” raging around World War II?

- How we should relate to the “Great Patriotic War” concept?

- How does the memory of war turn into a “quasi-religion”?

- Did “the mass heroism” took place during World War II?

- How should the Ukrainian state and society respect World War II veterans?

- Should we celebrate on May 8th or May 9th?

The topic of the webinar aroused great interest among the audience – live broadcast in parallel by the Ukrainian Union of Bloggers, only during the first hour of broadcasting the total number exceeded 3 thousand views. The real discussions raised in the broadcast chat.

Many interesting questions we could hear from the teachers: how does Japan interpret the issue of World War II? Is humanity possible in inhuman times? What has been done today in Ukraine to form a model of historical memory? Can Ukrainians who did not fight for Independent Ukraine during the war be Heroes? What is the role of the school, and what is the role of the family in shaping the memory of the war in modern schoolchildren? Particular attention was paid to the discussion of the role of cinema as a way of transmitting the memory of World War II.

Finally, we would like to mention the words of prof. Yaroslav Hrytsak, which sounded during our webinar: “Memory is the strongest reagent produced by the chemistry of our brain. In certain concentrations, this chemistry may be a drug, in other situations it may be a poison. And the question of the border is something we must pay attention to”. 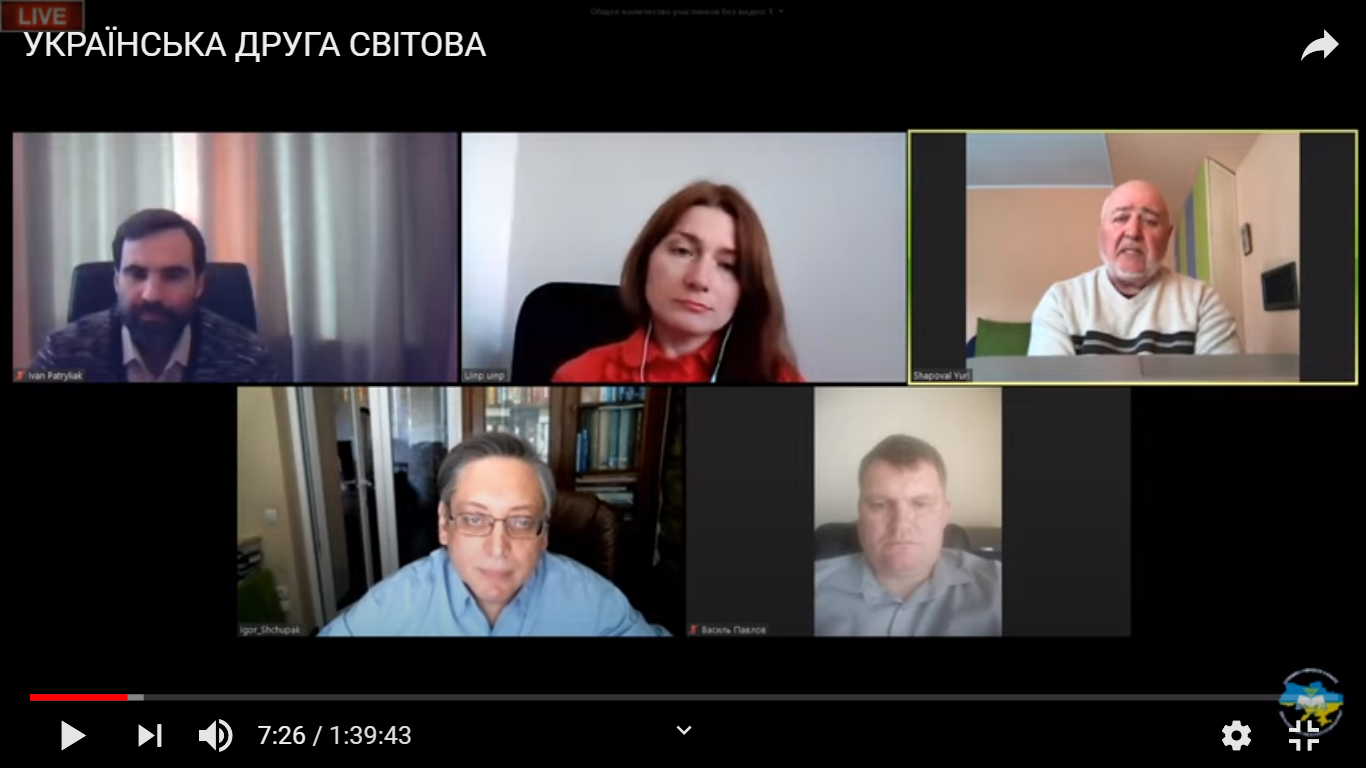 Historical webinar “The Holocaust and Righteous among the Nations” 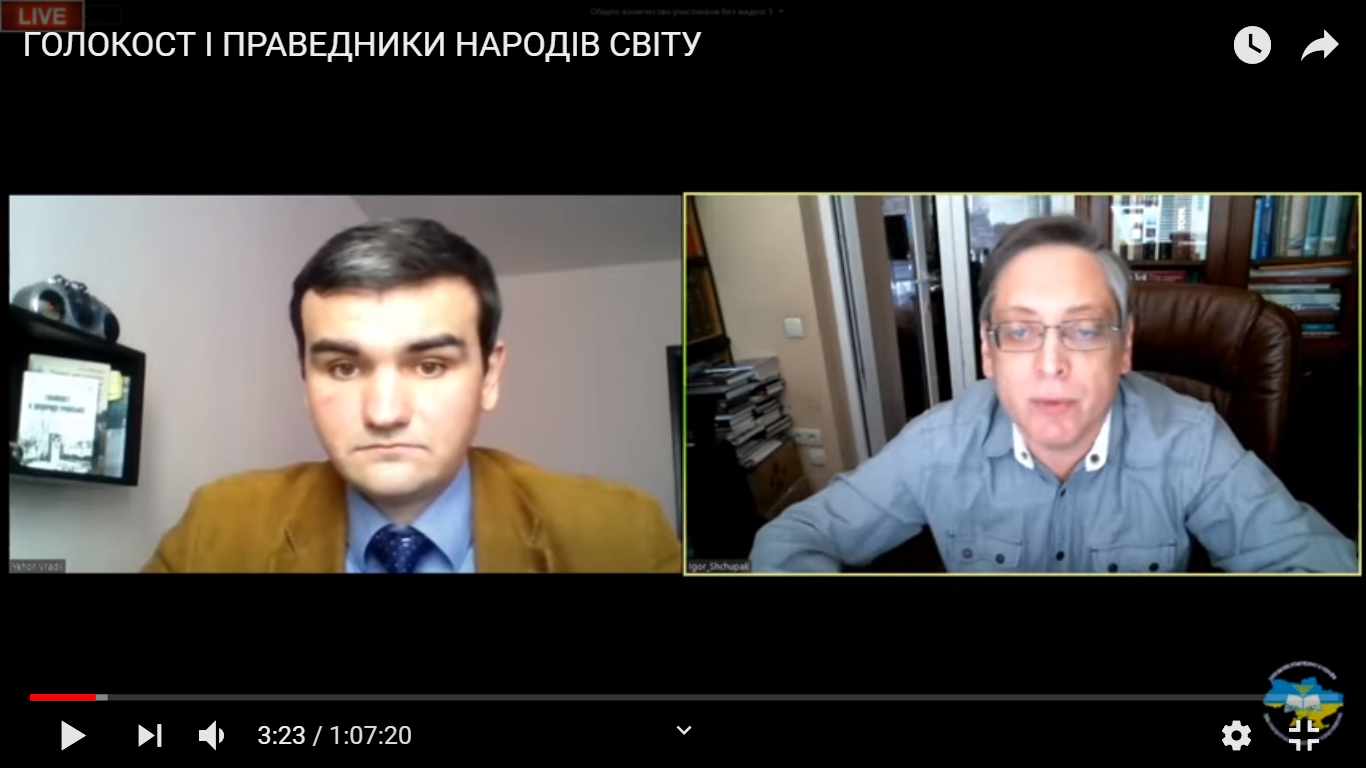 On April 21, historical webinar, dedicated to the Yom Ha-Shoah and organized as part of “Tkuma” Institute, Federation of Jewish Communities and Yad Vashem “Holocaust studies in Ukraine for the formation the atmosphere of tolerance” joint project was held. Topic of the webinar – “The Holocaust and Righteous among the Nations”.

Read more: Historical webinar “The Holocaust and Righteous among the Nations”