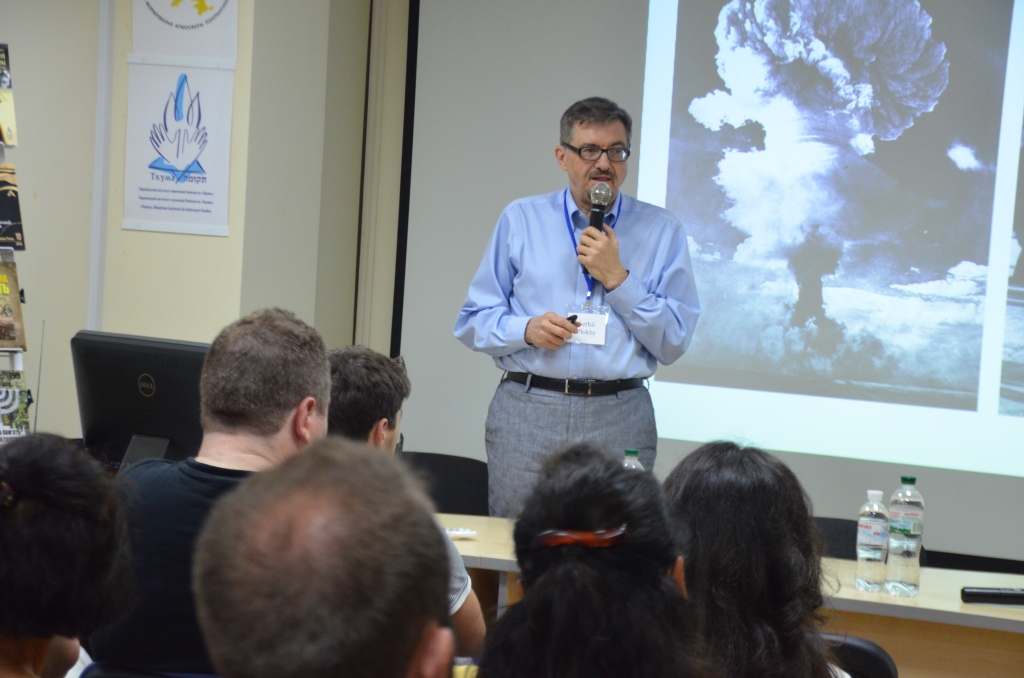 On June 14, Prof. Serhii Plokhii public lecture on «Chornobyl as a Warning: Nuclear Energy and the Arrogance of Man» was held at “Tkuma” Institute.

Serhii Plokhii started his career as a historian at Dnipropetrovsk National University. Currently, he is one of the leading Ukrainianists in the world, a professor of Ukrainian history at Harvard University, where he also holds the position of director of the Harvard Ukrainian Research Institute. He is one of the leading specialists in the Eastern Europe history. Member of the Ukrainian PEN-club. The author of more than a dozen books on the history of Ukraine and Eastern Europe. Winner of the Taras Shevchenko National Prize of Ukraine (2018).

Within the frameworks of his lecture, Serhii Plokhii opened his own view on the Chernobyl catastrophe causes and consequences. This topic is dedicated to his recent monograph «Chernobyl. The history of the tragedy», which received the British Bailey Gifford Award in the field of documentary in 2018. In June 2019, the book about Chernobyl was awarded by the London Center for the Russian Language and Culture Pushkin House.

The lecture was held in English. Prof. Andrii Portnov, famous Ukrainian historian and Dnipro native was the moderator of the event - Andrii Portnov is Professor of History of Ukraine at Viadrina European University (Frankfurt-on-Oder) and director of the network of East European researchers PRISMA UKRAЇNA in Berlin.

The lecture was organized within the framework of the Trans-Regional Academy «After Violence. The (Im-) Possibility of Understanding and Remembering”, which garnered three dozen scientists from 14 countries on June10-17, 2019 in Dnipro.