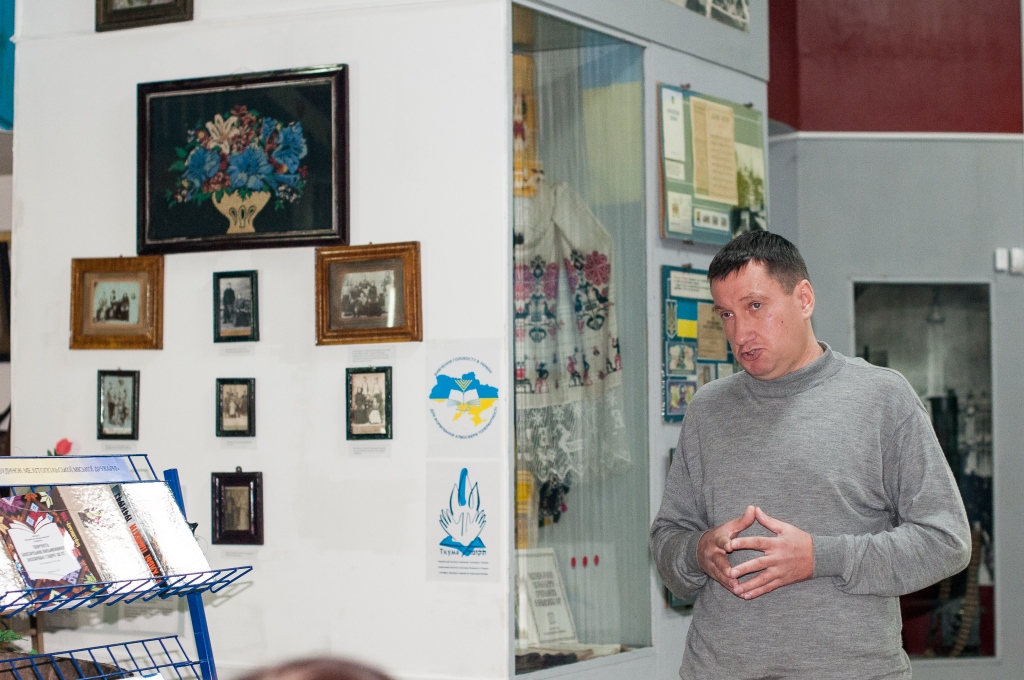 The edition “Saved Memory. Berdiansk Jews” acquaints readers with pages of the history of Berdiansk Jews from the 19th c. to the present. The first section of the publication presents the history of the Berdiansk Jewish Cemetery. The second part of the book contains archival documents, photographs from the funds of the Holocaust Museum in Berdiansk, memoirs of members of the Berdiansk Jewish community about Holocaust events in the city. The third section of the collection is devoted to the personalities of the world-famous Jews from Berdiansk – the people of culture, science and art – and preservation of memory about them.

The author of the publication Liudmyla Nozdrina opened the event and described in detail the history and progress of the project implementation. She paid special attention to the events of the Holocaust in Berdiansk, which were silenced in the Soviet times.

Valentyn Rybalka stressed the sociopolitical and scholarly relevance of this publication, because even today the general public knows very little about prominent Berdiansk Jews: artists І. Brodskyi and Ya. Hast, musician and composer J. Engel, scholars V. Havkin and Ye. Burkser. The researcher noted the active publishing activity of the Berdiansk Local History Museum and stated that this book would become another trademark of Berdiansk.