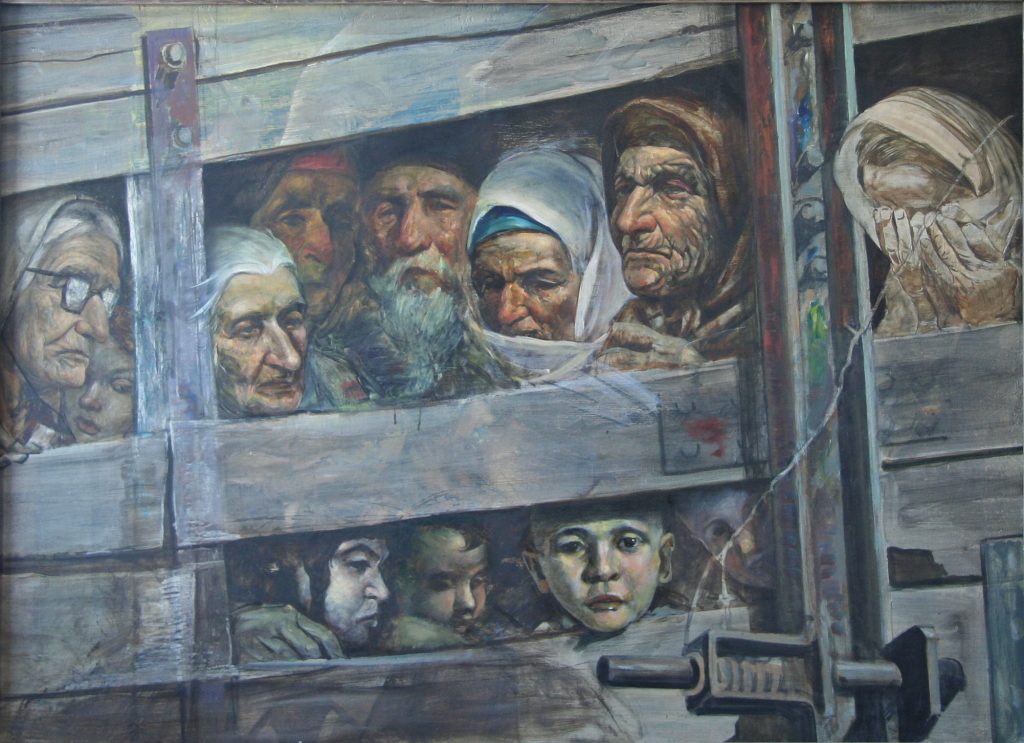 May 18, 1944 – the beginning of the deportation of Crimean Tatars and other peoples of Crimea.

Explained by Soviet authorities as the punishment for “collaboration” of Crimean Tatar.

According to the resolution of the State Committee for Defense of the USSR of May 11, 1944, the entire Crimean Tatar population of Crimea was subject to deportation to special settlements. Due to the official data 183,155 people were evicted from their homes in a few days. Most were deported to Uzbekistan. Smaller groups to Kazakhstan, Tajikistan, the Mari Autonomous Republic, the Urals and the Kostroma region. Between 1944 and 1945, 15–25% of deportees died of famine and disease (according to official data) and up to 46%, according to Crimean Tatar activists. Mass return to the homeland became possible only after 1989.

In 2015, as part of the exhibition “Tragedies of the XX century. There is no somebody else’s pain”, the first permanent exhibition in Ukraine dedicated to the deportation of Crimean Tatars and other peoples of Crimea was opened at the Museum “Jewish Memory and Holocaust in Ukraine”. The most valuable exhibits of this exhibition are photos and documents of the deported family. Adzhymiek Kurdaieva was born in the village of Korbek, Alushta district in 1906. Worked as a nurse. On June 29, 1941, she was mobilized as a medical worker. Her daughter, Aliie Ablaieva, who was 9 years old, stayed with her aunt. Adzhymiek Kurdaieva worked as an operating room nurse at a frontline hospital. In the fall, it was completely destroyed by Nazi troops bombing. The survivors, including Adzhymiek, were surrounded. She was rescued by locals who helped to find civilian clothes. She survived the Nazi occupation with her daughter in Simferopol. Adzhymiek older brother, Mustafa Kurdaiev, was shot by the Nazis for participating in the guerrilla movement.

On May 18, 1944, Adzhymiek Kurdaieva, same as all Crimean Tatars, was deported from the Crimea. At first came to Staraya Lyalya city at Ural. She worked in rafting, later managed to get a job in her specialty. Other Adzhymiek relatives were deported to various places of exile and had no information about each other's. Only by the end of 1940s, almost all members of the large family were able to reunite in the Uzbek SSR. This became possible thanks to the efforts of Kurdaieva’s nephew, who after World War was II demobilized and returned to Simferopol, but did not find any relatives there. According to his numerous inquiries and statements, it was possible to find and gather relatives in Uzbekistan. Adzhymiek Kurdaieva with his daughter devoted their lives to medicine. They returned to the Crimea in the early 1990s.