Features of Inter-ethnic Interaction in the Context of Political Processes in Western Ukraine in the Interwar Period. 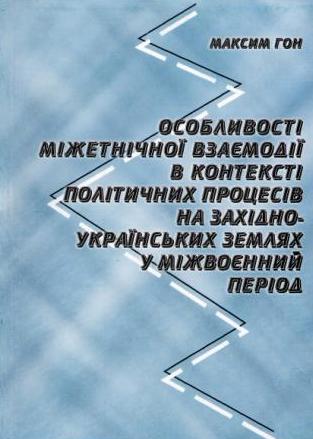 It is a research of interethnic interaction carried out on the example of the Western Ukrainian ethno-political sphere between the two world wars. Analyzing the initiative of political actors and ethnic elites, the author clarifies the peculiarities of the interaction of groups in post-imperial space and after incorporation of the region by Poland, highlights the causes of ethnic conflicts and competition, the criteria for compromises and consensus among ethno-national communities.