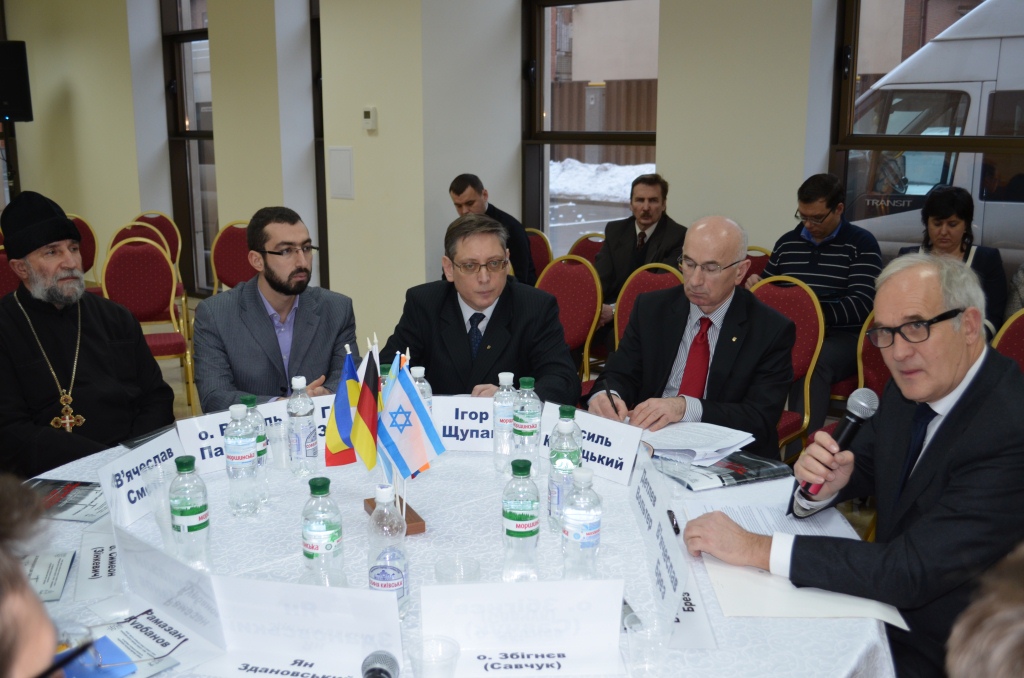 On January 27, 2015 round table "Totalitarianism, the Holocaust and Modern War" took place in Dnipropetrovsk and involved the members of diplomatic corps, representatives of different religious confessions and national minorities of the city.

Dr Igor Shchupak, "Tkuma" Institute and Museum "Jewish Memory and Holocaust in Ukraine" Director, became the moderator of the session where the problems of the past and present days were discussed by Dr Detlef Voltaire, Consul General of the Federal Republic of Germany in Donetsk; Hrachiya Zadikyan, Executive Director of "Odzhakh" Dnipropetrovsk Center of Armenian Culture; Jan Zdanowski, Vice Consul of the Consulate General of Poland in Kharkiv; Ramazan Kurbanov, Head of the Muslim Religious Community of Dnipropetrovsk; Vasyl Pantylyuk, Cane. of Donetsk Exarchate of Ukrainian Greek Catholic Church; Rev. Simeon, Bishop of Dnipropetrovsk and Pavlograd Ukrainian Orthodox Church of Kyiv Patriarchate.

The particular attention was paid to the questions of forming historical memory about the tragic pages of the past and how this memory should unite but not separate different groups of society. All those present emphasized the importance of unification of Ukrainian patriots of all ethnic groups and religions not only for the fight against a common enemy, but also with the goal to build a harmonious, prosperous, and modern European society.