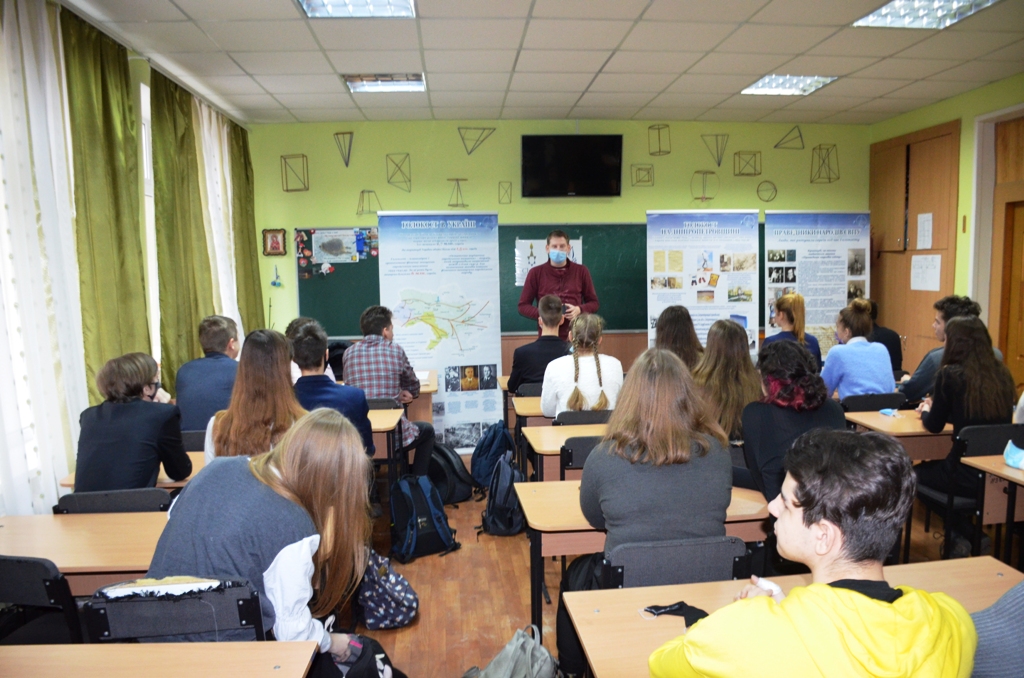 On February 3, Vladyslav Bazylevsky and Valentyn Rybalka, researchers of “Tkuma” Institute and Museum “Jewish Memory and Holocaust in Ukraine”, visited Gymnasium #3 of the Dnipro City Council, where they conducted educational lesson for 11th-graders on the Holocaust history. The lessons were dedicated to the International Holocaust Remembrance Day and were part of the Memory Marathons project.