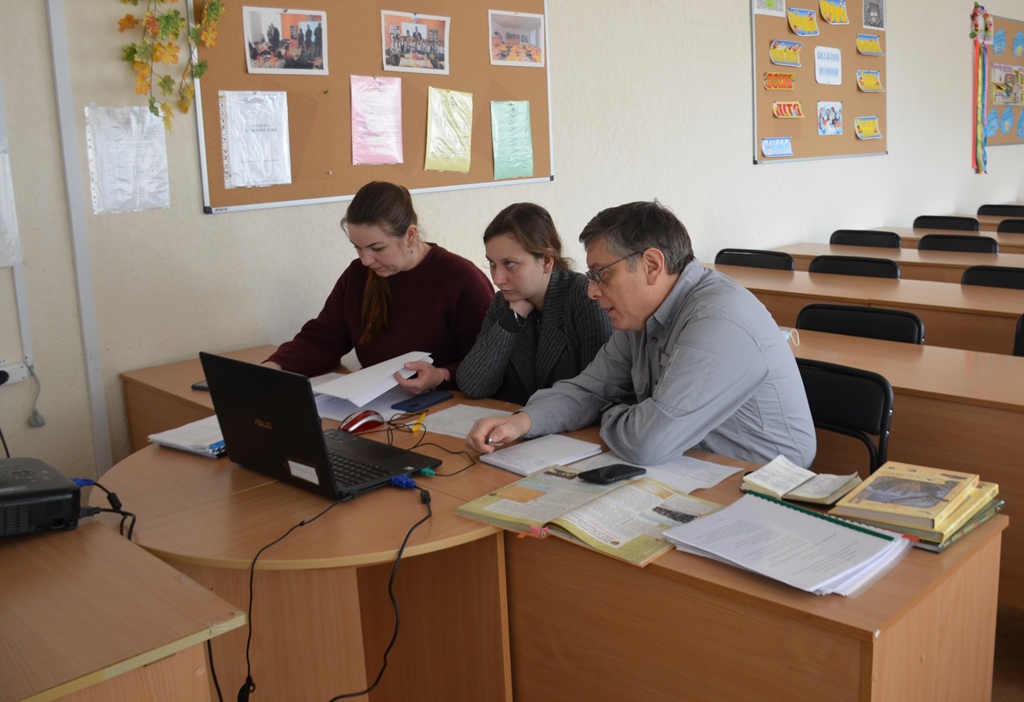 On February 6-7, the final of the second (regional) stage of the all-Ukrainian competition-defense of research works of students of the Dnipro branch of the Junior Academy of Sciences of Ukraine in the discipline “History” took place on the basis of the Dnipro Academy of Continuing Education. Dr. Olena Ishchenko (Section “Historical Local Lore”) and Dr. Igor Shchupak (Section “World History”) were in jury from “Tkuma” Institute. Due to the quarantine, the results were announced online; however, the jury members worked in the auditoriums.

This year the defense was in two stages. On February 6, high school students defended their own posters – art posters that include collages of photographs, illustrations, concise text materials and thus in a concise form reflect the main creative idea of ​​the author. The next day, the jury members listened to the full reports, considered the presentations, and moderated the discussion that arose around the results of the research announced by the student-speaker.

Some of the work prepared by the students was devoted to the history of the Holocaust and other genocides, as well as to some prominent personalities. These are, in particular, Polina Shevchenko’s research-work “A work of art as a historical source (on the example of Zinovy ​​Tolkachev's work)”, Nikita Birzul’s “Armenian Genocide of 1915: historical and family memory”, Kateryna Hrynchak’s “Muhammad Asad and his “Road to Mecca” ” and other works.

Traditionally, according to the results of the defense, “Tkuma” Institute, the Junior Academy of Sciences and the Faculty of History of Oles Honchar Dnipro National University will prepare a collection of the best works of the competition winners.