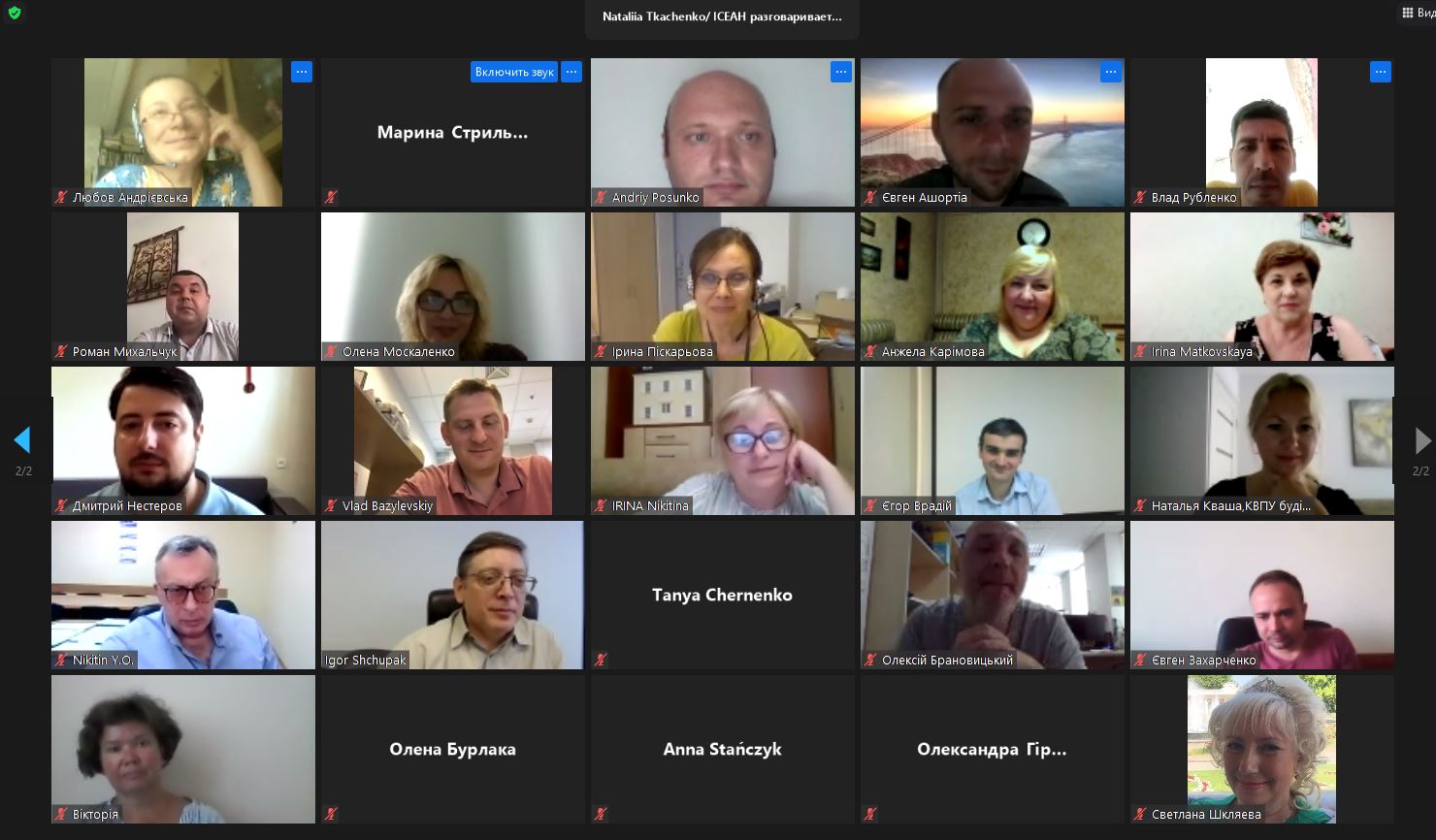 A two-day online seminar about the Holocaust and the crimes of the Nazi regime for Ukrainian educators “AUSHWITZ - HISTORY AND SYMBOLISM”, organized by “Tkuma” Institute in cooperation with the International Centre for Education about Auschwitz and the Holocaust of the Auschwitz-Birkenau State Museum in Oświęcim (Oświęcim, Poland), started on July 12.

24 participants from all over Ukraine - history teachers and methodologists, teachers and museum staff - gathered (online) to learn about modern methods of teaching the history of World War II, the Nazi occupation and the Holocaust. On the first day of the seminar, participants were invited to interactive classes, presentations and discussions from leading scientists and educators of the Auschwitz-Birkenau State Museum: “Auschwitz in the collective memory in Ukraine” (Natalia Tkachenko), “Auschwitz-Birkenau Memorial Place” (Anna Stanczyk), “Soviet citizens in the Auschwitz concentration camp” (Daria Janowiec).

By the way, the most active participants of our project will take part in the second stage of the seminar, at the International Centre for Education about Auschwitz and the Holocaust of the Auschwitz-Birkenau State Museum in Oświęcim (Oświęcim, Poland) next year.

We truly thank our partners from the Auschwitz-Birkenau State Museum, as well as the staff of “Tkuma” Ukrainian Institute for Holocaust Studies, Museum “Jewish Memory and Holocaust in Ukraine” - Dr. Yehor Vradii, Irina Piskariova and other colleagues - for making this seminar possible.