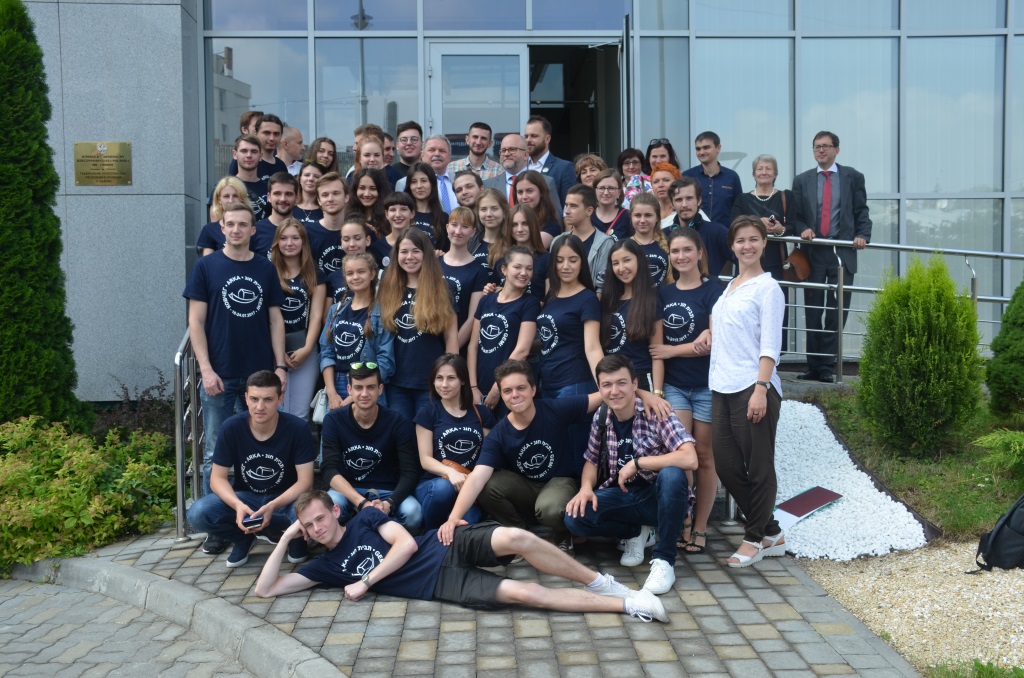 The grand opening of “The Ark 2017” with welcoming speech was joined by Refat Chubarov, People’s deputy of Ukraine, Chairman of the Mejlis of the Crimean Tatar people, President of the World Congress of Crimean Tatars. Then during the open discussion, participants of the seminar together with Prof. Myroslav Marynovych, UCU Vice-rector, and Ian Piekło, Ambassador Extraordinary and Plenipotentiary of Poland to Ukraine, talked about the importance of forgiveness and understanding, of moral principles that cannot be questioned and which serve as the foundation for new security strategies.

On the same day “Tkuma” Institute presented its educational mobile exhibitions. Participants talked about the nature of genocides, about the common and distinctive features, about the tragedies that are happening right now, despite the experience of the previous tragedies such as the Holocaust, the Holodomor, the deportation of the peoples of the Crimea, etc. Dr. Igor Shchupak, “Tkuma” Institute director, and Vladyslav Bazylevsky, research associate, became speakers and moderated the dialogue on these difficult topics.

The following day, young people from the Ukrainian group demonstrated the peculiarities and features of the culture and traditions of the Ukrainian people. Participants had the opportunity to attend a lecture-discussion by Prof. Myroslav Marynovych, dedicated to Metropolitan Andrey Sheptytsky and the principle of “added value”; to communicate with Dr. Kostiantyn Sihov, director of the Center for European Humanities at the National University of Kyiv-Mohyla Academy and the scientific and publishing association “Dukh I Litera”, about the perception of “other” in Ukraine; listen to the presentation of youth initiatives of modern Ukraine by Yuri Didula, employee of the Lviv Educational Foundation, Co-founder of “Free House” and “Let’s build Ukraine together”, and Mykola Dorokhov; join master class on painting on glass and a concert of vocal ensemble “Namysto”.

The next Jewish day was also full of different events. Together with Dr. Igor Shchupak and Dr. Iegor Vradii participants discussed the difficult issues of historical memory of the Second World War and the Holocaust and the “war of memories”; learned about the Jewish, Crimean Tatar, Polish and Ukrainian images in the painting of Galicia with Ivan Dudych, Head of the Department of European Art of 19 – 21 с. of Lviv National Gallery of Art, and about Jewish diet with Vladyslav Bazylevsky and Iryna Piskariova, Educational Programs Coordinator. In the evening youth joined workshops on painting in sangina, theatrical master classes, as well as a meeting of a shabbat.

Polish days of national-cultural presentation have traditionally been held in Poland. This year, participants have visited the city of Przemysl and Sanok, where they had educational guided tours to Museum of artist, sculptor and photographer Zdzisław Beksiński, museum of folk architecture and ethnographic reserve in the city of Sanok, panel discussion “Multinationality of Poland” conducted by the Consul General of the Republic of Poland in Lviv Rafał Wolski, and Holocaust victims commemorative ceremony.