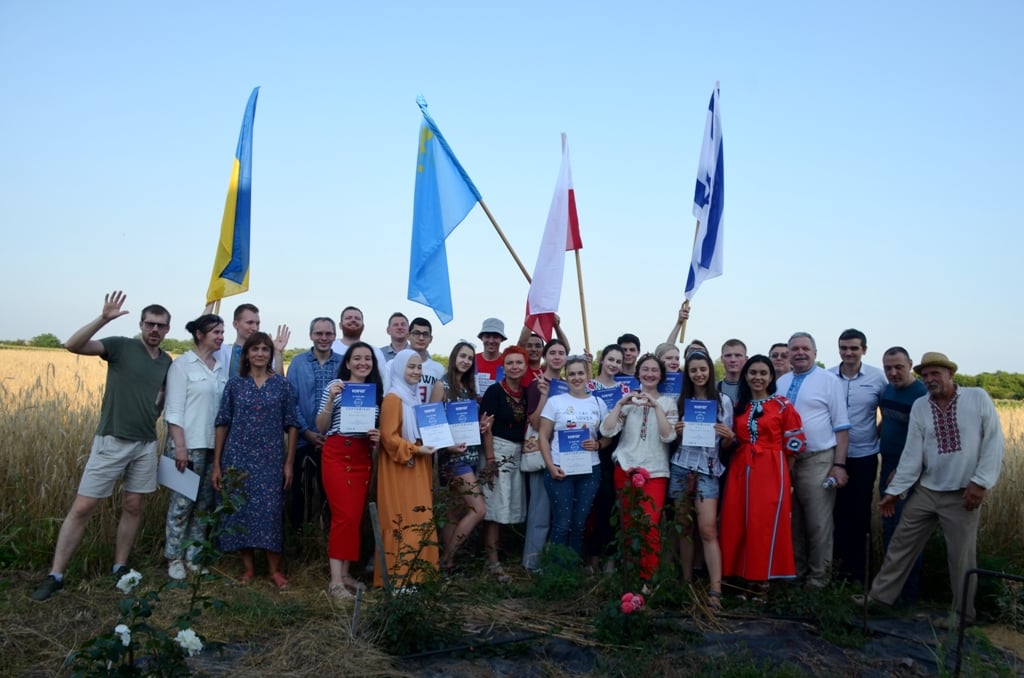 The five busy days of the seminar passed extremely quickly, and on July 19, our “The Ark 2021” completed. But before that, a bright, rich and informative Ukrainian day was waiting for the participants. It started on our friends and partners territory – in Dmytro Yavornytskyi National Historical Museum. We truly thank the director of the Museum Yulia Pischanska for organizing a tour of the Museum halls by Dr. Kateryna Hryshchenko; Anna Teryanik held a meeting with the exposition of the first ATO Museum in Ukraine. By the end, a unique panoramic film about the war in eastern Ukraine was screened. Many of the seminar participants could not hold back tears both in the Museum of anti-terrorist operation, and during demonstration of a film.

Also, in the premises of Dmytro Yavornytskyi National Historical Museum “The Ark” participants listened to an informative lecture by the director of the Center for Middle East Studies (Kyiv) Igor Semivolos |on “Competition, violence and cooperation in southern Ukraine. The experience of the twentieth century.”

Moving to “Mykola’s Khutor” – and here, in the atmospheric Ukrainian courtyard, everyone was treated to delicious Ukrainian dishes. After that, a very serious and important conversation awaited the youth. It was conducted by a legendary man – founding member of the Ukrainian Helsinki Group, dissident and human rights activist, well-known publicist and theologian, Vice-Rector of the Ukrainian Catholic University Myroslav Marynovych. “I'm talking about people who turn the wheel of history, – emphasized Dr. Igor Shchupak. – And Mr. Myroslav's lecture was dedicated to the majestic figure of Metropolitan Andrei Sheptytsky. The conversation touched the minds and hearts of young people; so, it is not surprising that there were many questions to Mr. Myroslav”.

The next experience for young people was a master class on the culture of church singing from a group of sisters of the Order of St. Basil the Great from the mission village in Zaporizhzhia.

And finally – the end of the Ukrainian Day and all this year's “The Ark”: insightful speeches and even songs; presentation of Certificates to participants and a film-chronicle about “The Ark-2021” from IT-specialists of “Tkuma” Institute Vladyslav Bazylevsky, Dmitry Konovalov and Oleksii Branovitsky.

We truly thank all our Crimean Tatar, Polish, Ukrainian, Jewish partners and friends, young people – participants of “The Ark 2021”, all staff of “Tkuma” Institute and Museum “Jewish Memory and Holocaust in Ukraine”.