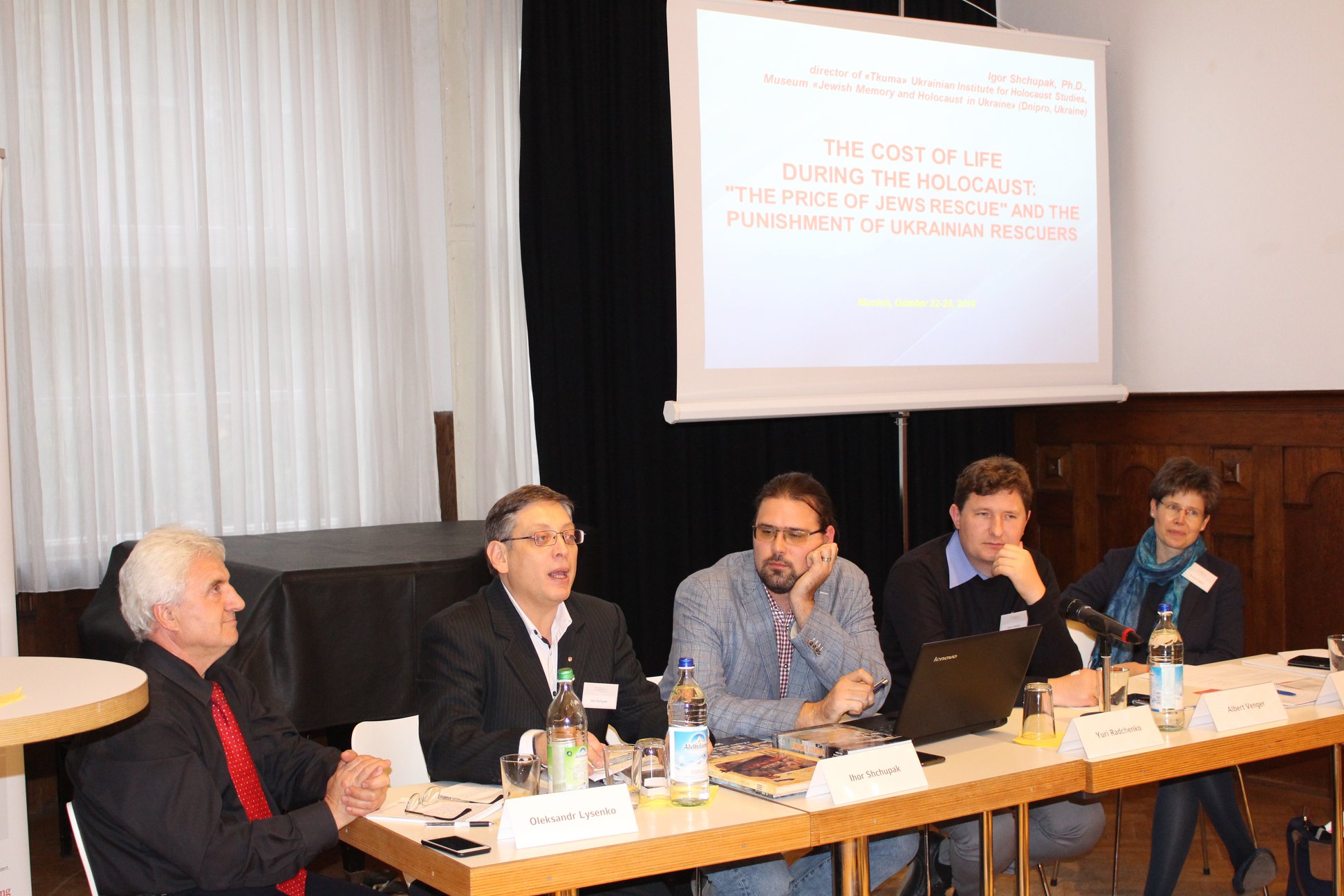 During October 22–24, 2018 Munich hosted the 4th Annual conference of German-Ukrainian Historical Commission. The theme of the scholarly forum was defined as “Germany and Ukraine in the Second World War”.

The welcoming speech was made by Prof. Martin Schulze Wessel (Munich). Later Prof. Dieter Pohl (Klagenfurt) delivered the report, dedicated to the massive violence in 1941-1944 in Germany and Ukraine. Then the work of the conference was held in two main panels: “Violence and Occupation Policies” and “Collaboration, Cooperation and Resistance”. The leading German and Ukrainian historians spoke on topical issues the history of the Second World War and the Holocaust, among them there were: Oleksandr Gladun (Kyiv), Johannes Spohr (Hamburg), Vladyslav Hrynevych (Kyiv), Elena Korzun (Vinnytsia), Yurii Radchenko (Kharkiv).

Director of “Tkuma” Institute and the Holocaust Museum was invited to join the conference as well. Dr. Igor Shchupak delivered a lecture on the rescue of Jews during the Holocaust and the punishment of Ukrainian rescuers by the Nazi occupation authorities for attempts to save the Jewish population from death.