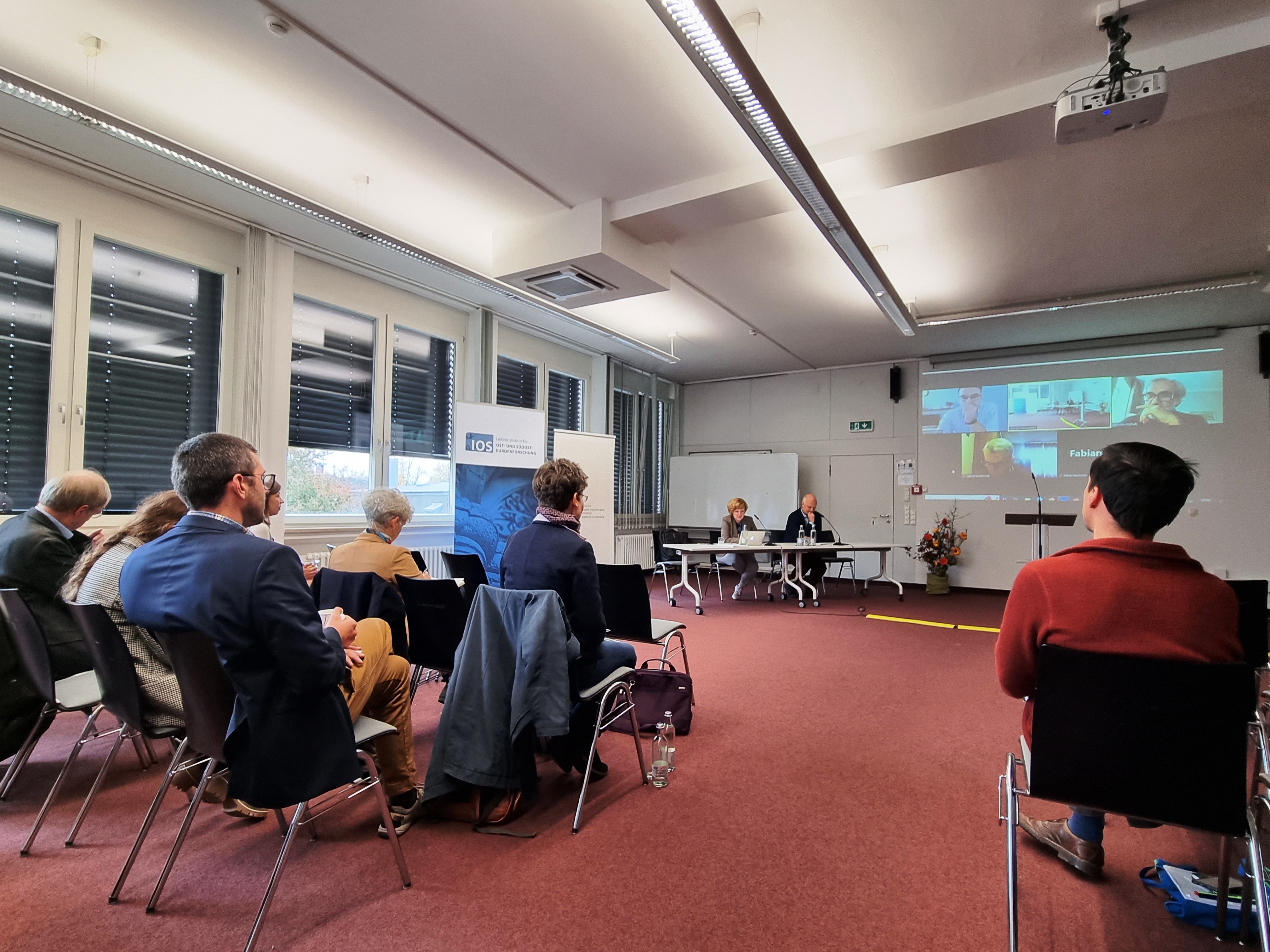 During October 20-21, the seventh annual conference of the German-Ukrainian commission of historians “Wars in Ukraine in the 20th-21st centuries: mass media, experts, disinformation” was held in Regensburg (Germany). The event was organized in cooperation with the Leibniz Institute for Eastern and Southeastern European Studies in Regensburg (IOS) and Odesa I. I. Mechnikov National University. Scientists of “Tkuma” Institute were invited to participate in the conference.

Congratulatory words were made by Ulf Brunnbauer (Regensburg, Germany), Martin Schulze Wessel (Munich, Germany), Yaroslav Hrytsak (Lviv, Ukraine), Yurii v (Odesa, Ukraine), Guido Hausmann (Regensburg, Germany). The work of the conference took place in several sections: “Study of propaganda topos in Russia's war against Ukraine”; “Analysis of armed historical narratives about Ukraine”; “The end of the empire: mass media about Ukraine during the First World War”; “World War II as a propaganda war”; “Soviet traditions of propaganda and myth-making”. The focus of the speakers was on the role of the media during wars, the connection between the media and war, media representations of supporters and opponents of military actions, features of information and disinformation campaigns regarding military actions on the territory of Ukraine, taking into account imperial, colonial and post-colonial narratives.

Among the reports that were heard during the two days of the conference, there were, in particular, the following: “Empires, nation-building and propaganda on the eve and in the conditions of the First World War (Ukrainian context)” (Victoria Vengerska, Zhytomyr); “Dilemmas of Positionality: Exploring Military Conflict with Your Own Country” (Victoria Sereda, Lviv); “Russian fascism? Different classifications of the Putin regime before and after February 24, 2022” (Andreas Umland, Kyiv); “Inner Peace, Outer War: Ukrainian Russian Nationalists, 1914–1918” (Fabian Baumann, Chicago, USA); “Experts, intelligence and the German-Soviet propaganda war of 1941–1945” (Benno Nietzel, Bochum, Germany); “Ukrainian-Polish wars in the 20th century: genesis and interpretations” (Leonid Zaszkilniak, Lviv); “From an obscure to a sophisticated enemy: the Germans through the lens of the Katerinoslav regional press during the First World War” (Valeriia Lavrenko, Dnipro) and others, no less interesting and relevant research.

During the work of the section devoted to World War II, Anna Medvedovska, researcher of “Tkuma” Institute made a presentation. She presented a study devoted to media representations of the Holocaust in Ukraine during 1941–1947. Dr. Igor Shchupak moderated the work of this section.

The materials of the conference will be printed and presented to scientists and the public.