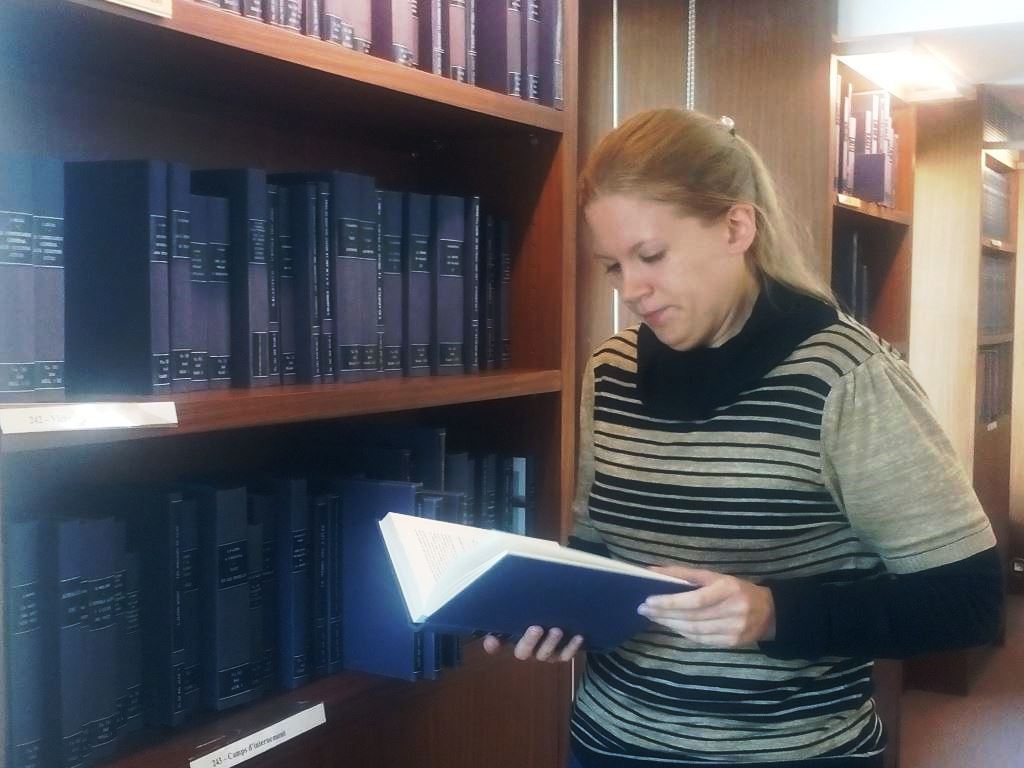 During two weeks in Paris, Iryna was working with large number of both the sources of the Memorial and the materials provided by various scientific institutions (United States Holocaust Memorial Museum, New York Yiddish Research Institute (YIVO), the International School for Holocaust Studies at Yad Vashem, etc.). Special attention was paid to familiarization with the literature and its further systematization within the framework of research work. The Memorial’s own library contains large amount of scholarly literature devoted to the Catastrophe of European Jewry and, above all, to the Jewish community of France. Although French researchers and their works represent the largest part of the library, the works of foreign authors are also available.

“In addition to the archive and library, of course, museum that occupies several floors of the building deserves separate attention. The permanent exhibition, dedicated mainly to Shoah in France, including exhibits and modern multimedia equipment, gives visitors a detailed overview of the history of the Jewish community in the territory of France in the twentieth century, – notes Iryna Radchenko. The temporary exhibition “The Holocaust in the Comics” is also of considerable interest. By means of illustrative material (images, posters) and a small story, it provides general information about the genocide of Jews, producing a powerful emotional impression of visitors to the museum.”

The research part of the internship was also combined with a rich excursion one: visits to the Eiffel Tower, Notre Dame de Paris, Louvre and other places that are symbols of the French capital and France in general, prominent buildings that embody the history of France.

In general, this internship provided an opportunity to get new materials for further research as well as contacts with the staff of the institution that will be used to establish cooperation between “Tkuma” Institute and Memorial de la Shoah.

*EHRI (European Holocaust Research Infrastructure) – is a network of research institutions that provide an opportunity to study the history of the Holocaust in Europe. It was founded in 2010 with the financial support of the European Union. Annually, EHRI conducts series of conferences, methodological seminars across Europe, devoted to this problem. Since 2014, association provides young researchers with an opportunity to get grants for scholarly research on the Holocaust.