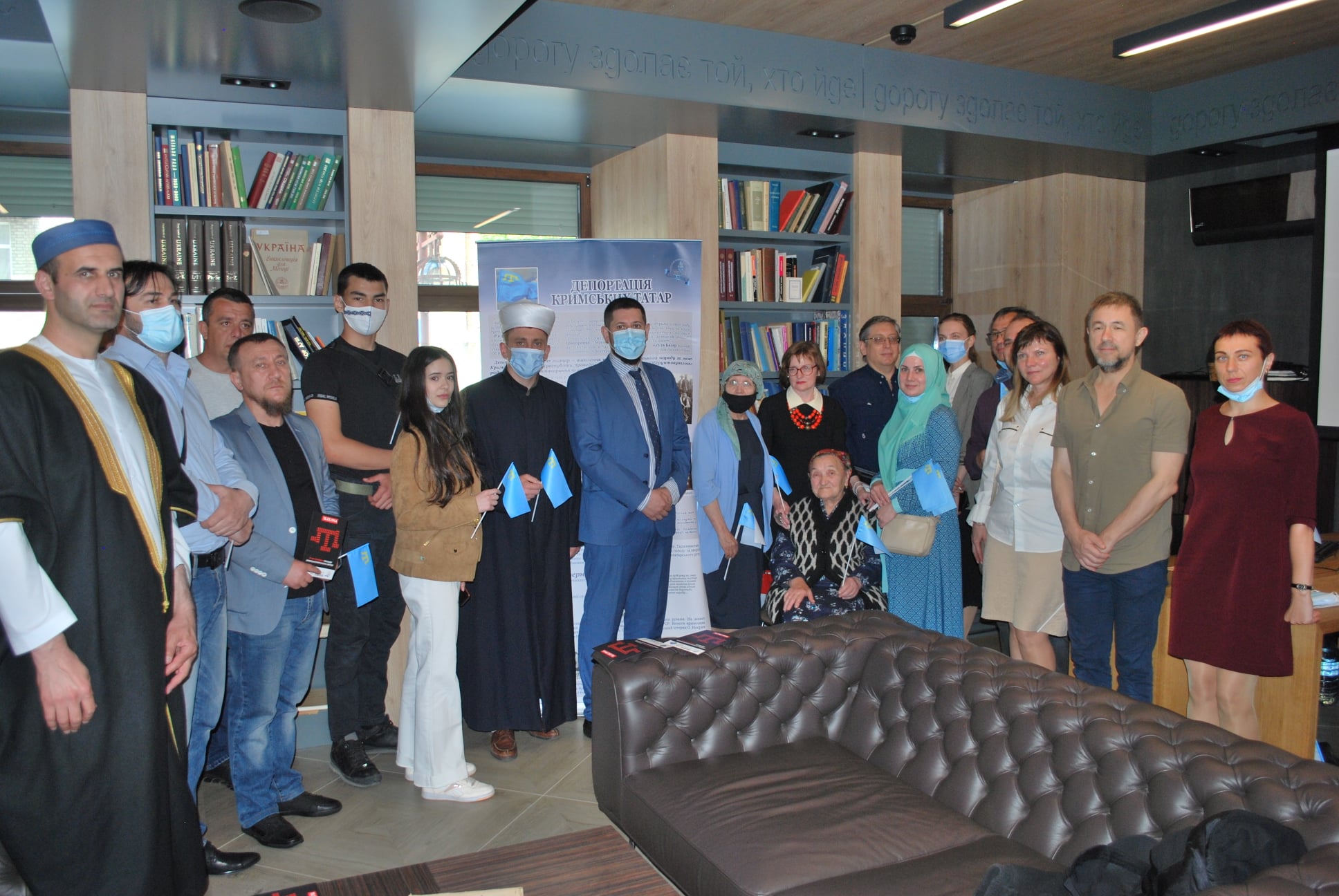 May 18 - Day of Remembrance of Crimean Tatar Deportation Victims. At least 180,000 people were deported during the main wave of deportations (May 18-20, 1944). To this tragic date At the Library of the Ukrainian Diaspora named after Senator John McCain (Central City Library) a round table with the participation of leaders of the Crimean Tatar community, city officials, clergy, historians, public figures, pupils and students - Crimean, Ukrainians, Azerbaijanis, Jews, Russians was held.

The event was moderated by a longtime friend and partner of “Tkuma” Institute, Dr. Svitlana Kayuk (Oles Honchar Dnipro National University). Elvin Kadyrov, coordinator of the Crimean Tatars' Fellowship in Kyiv, Ihor Kochergin, head of the South-Eastern Territorial Department of the UINM, Ramazan Kurbanov, head of the Dnipro Muslim community, director of “Tkuma” Institute and Museum “Jewish Memory and Holocaust in Ukraine” Igor Shchupak were the speakers. During the event, a mobile exhibition of “Tkuma” Institute, which is dedicated to the deportations of the Crimean Tatar people was presented.

A penetrating event was a meeting with Resmie Abdullayeva, an eyewitness to the deportation of Crimean Tatars in 1944. She was nine years old when her family was deported to Uzbekistan and her uncle was killed. Ms. Resmie still remembers all the horror that thousands of Crimean Tatars went through, who for a few minutes lost everything they had, and today are forced to face similar phenomena again.

“Unfortunately, the drama of the Crimean Tatar people continues today due to the occupation of Crimea by the Russian Federation. Repression against the Kirimli continues; many of them are forced to leave their motherland Crimea again," said Dr. Shchupak. “For thousand years Jews were forced not to live in their motherland, however every year they were saying: “Leshana gabaa birushalaim” – “Next year - in Jerusalem” - Ukrainians of different ethnic origins - can say: “Leshana gabaa bi Bakhchisarai” – “Next year - in Bakhchisarai” Free people will meet on the liberated Crimean land”.