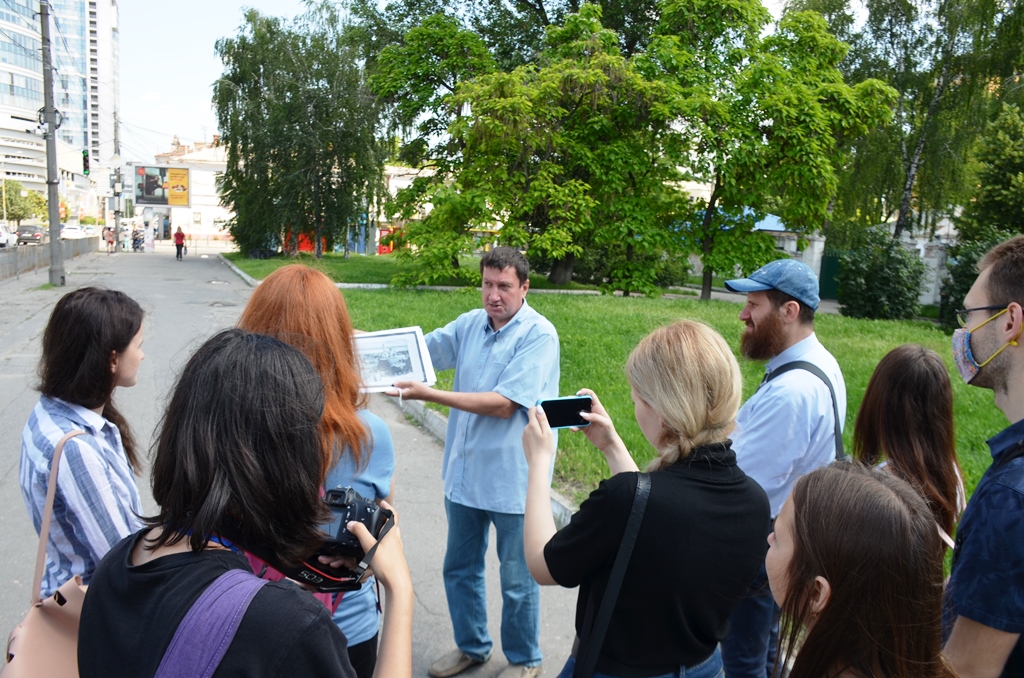 The practical part of the School of Young Guides HistoryLabs continues successfully! On June 13, our participants, together with Valentyn Rybalka, researcher at Museum “Jewish Memory and Holocaust in Ukraine”, went for a walk in Jewish Katerynoslav.

Where did the chief rabbi of Katerynoslav-Dnipropetrovsk, Levi Yitzhak Schneerson, live? What happened in the city during the pogroms of 1905? What was the fate of the Golden Rose Synagogue in Soviet times? What did the so-called “Jewish quarters” of Katerynoslav look like? The tour took place in the central part of our city, so future guides had the opportunity to get acquainted with key places related to the history of the Jewish community of our place.