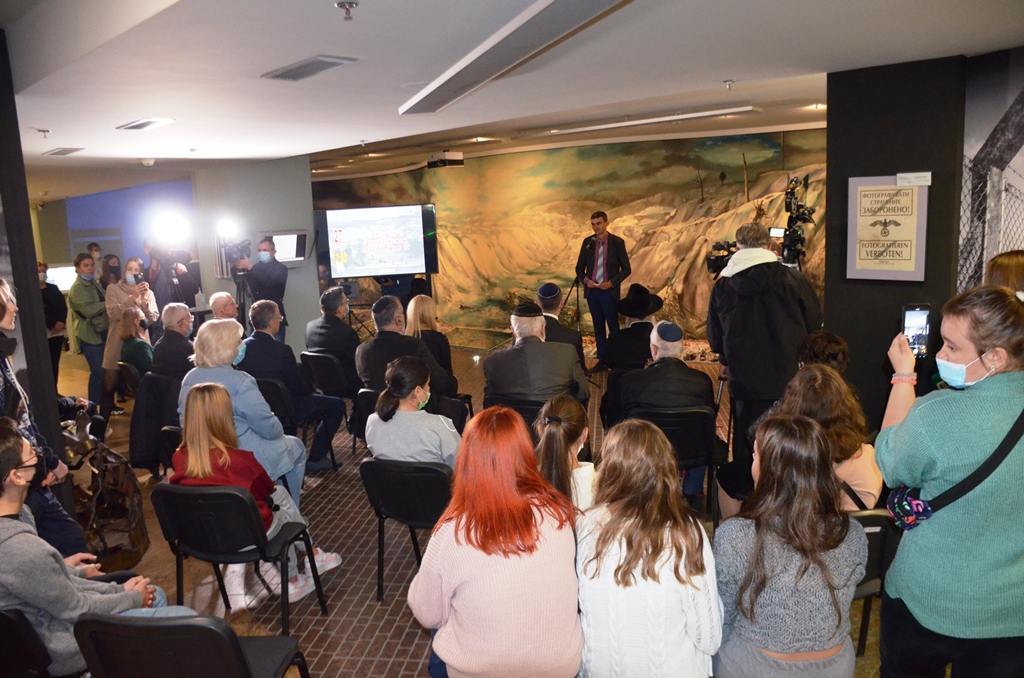 Representatives of local authorities and the diplomatic corps, educational institutions and national communities of the city took part in the memorial ceremony. The Chief Rabbi of Dnipro and Dniporpetrovsk region Shmuel Kaminetsky, the head of the affairs of Dnipro Jewish community Oleksandr Fridkis, the deputy head of the Dnipropetrovsk regional state administration Olha Horb spoke about the importance of honoring the memory of the victims of Babyn Yar and “Babyn Yars” of Ukraine, the need to learn the lessons of the past, as well as Permanent Deputy Consul General of the Federal Republic of Germany in Donetsk/Dnipro office Peter Herr, Head of the NATO Representation in the Dnipro region, First Secretary of the Embassy of the State of Israel in Ukraine Mark Dovev, Dr. Igor Shchupak. The event was moderated by Dr. Yehor Vradii, deputy director for research work at “Tkuma” Institute and the Museum.

During the event, Dmytro Shostakovich’s 13th symphony was played, and students and schoolchildren read the memoirs of those who managed to survive the hell of the Holocaust with the background video of a unique chronicle from the place where Jews were shot. And also - penetrating lines from the poem of the Jewish poet Abraham of Silesia:

“Because he saw death with his own eyes,

Because the heart burns with vengeance,

Because sorry my heart aches,

Until the time when the Lord forgives everything.

I made a vow to remember life -

Not a crumb, so as not to be forgotten…”.