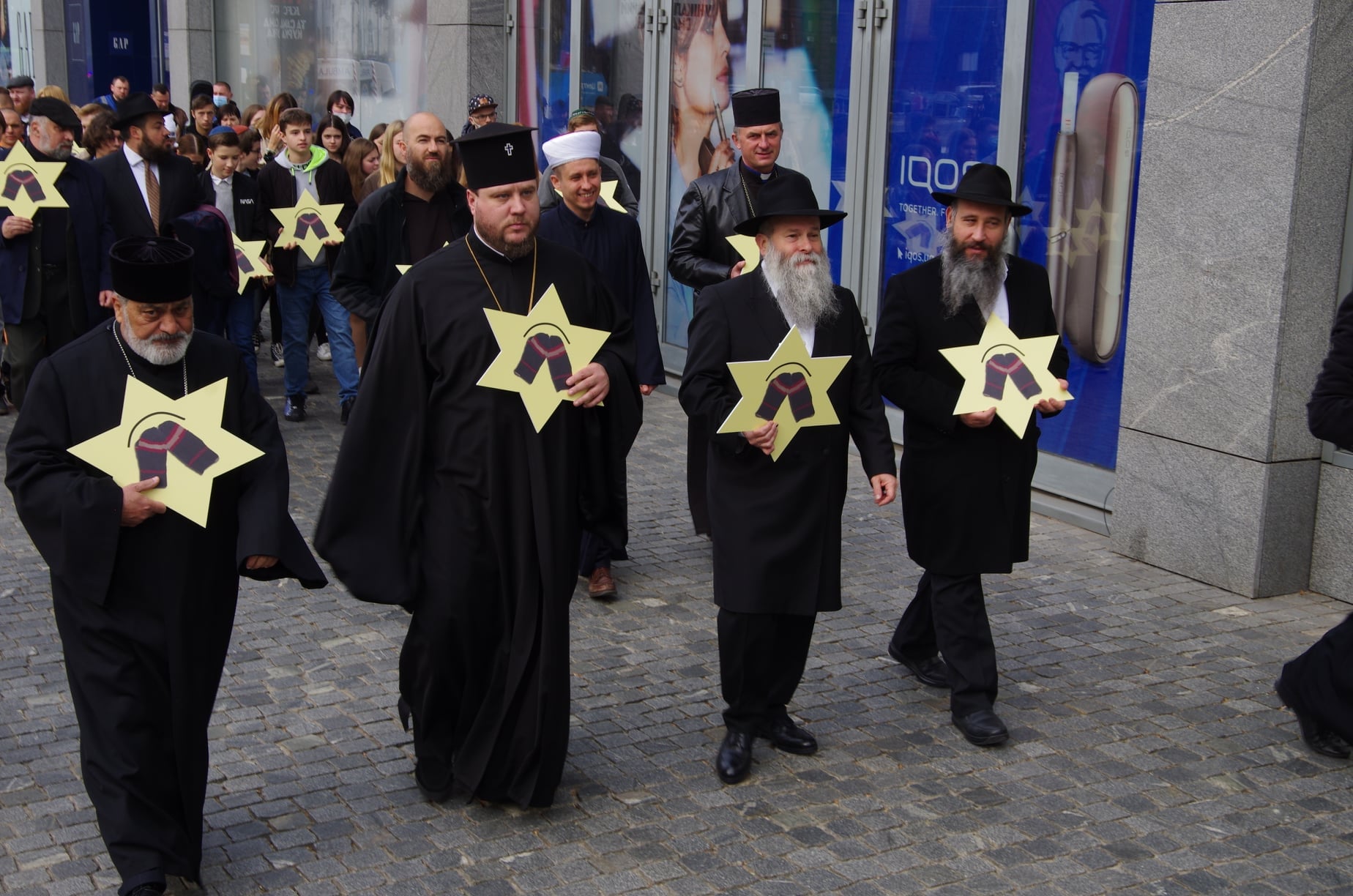 On October 13, commemorative events dedicated to the 80th anniversary of the Jewish population extermination of our city by the Nazi occupiers took place in Dnipro. The events were co-organized by the Jewish Community of Dnipro, Museum “Jewish Memory and Holocaust in Ukraine”, “Tkuma” Institute.

Memorial events began in Heroiv Maidanu Square near the Central Department Store building (at the gathering place of the city’s Jews by the Nazis on October 13, 1941), where a spiritual ceremony was held with the participation of representatives of various religions. The Deputy Director of “Tkuma” Institute and Museum, Dr. Yehor Vradii, moderated a ceremony in the city center, which was attended by spiritual leaders of all religious denominations of Dnipro and the region. From where the participants went to the March of Remembrance - from the Central Department Store to the intersection of Hrushevskoho and Shevchenko streets.

Then, near the memorial at the site of the tragedy in Haharin Park, a mourning ceremony was held, which was attended by thousands of people of different nationalities and religions, representatives of public organizations and educational institutions, including representatives of many secondary schools of the city. During the ceremony, insightful words were heard from the Chief Rabbi of Dnipro and the region Shmuel Kaminetsky; Mayor Borys Filatov; First Secretary of the Embassy of the State of Israel Mark Dovev; Rector of Oles Honchar Dnipro National University prof. Serhiy Okovyty and other dignitaries. Deputy of the Regional Council, prof. Svitlana Moroz told a touching story of her family in those terrible times of 1941.

Dr. Igor Shchupak mentioned the thousands of “Babyn Yars” in Ukraine, in which 1.5 million Jews were killed – almost a quarter of all Holocaust victims in Europe. He stressed that during this crime against humanity there were those who helped the murderers, betrayed to death their Jewish neighbors; and there were those Ukrainian heroes who risked their lives and the lives of their loved ones to save the Jews from imminent destruction.

The presentation of the project of the Holocaust Memorial in Dnipro was presented at the meeting (the author is the architect Oleksandr Sorin). And the end of the mourning ceremony was a funeral prayer, said by the head of the Jewish religious community Oleksandr Fridkis, a minute of silence in memory of the innocent victims and lighting candles at the memorial stele by students of the Jewish school of the city.