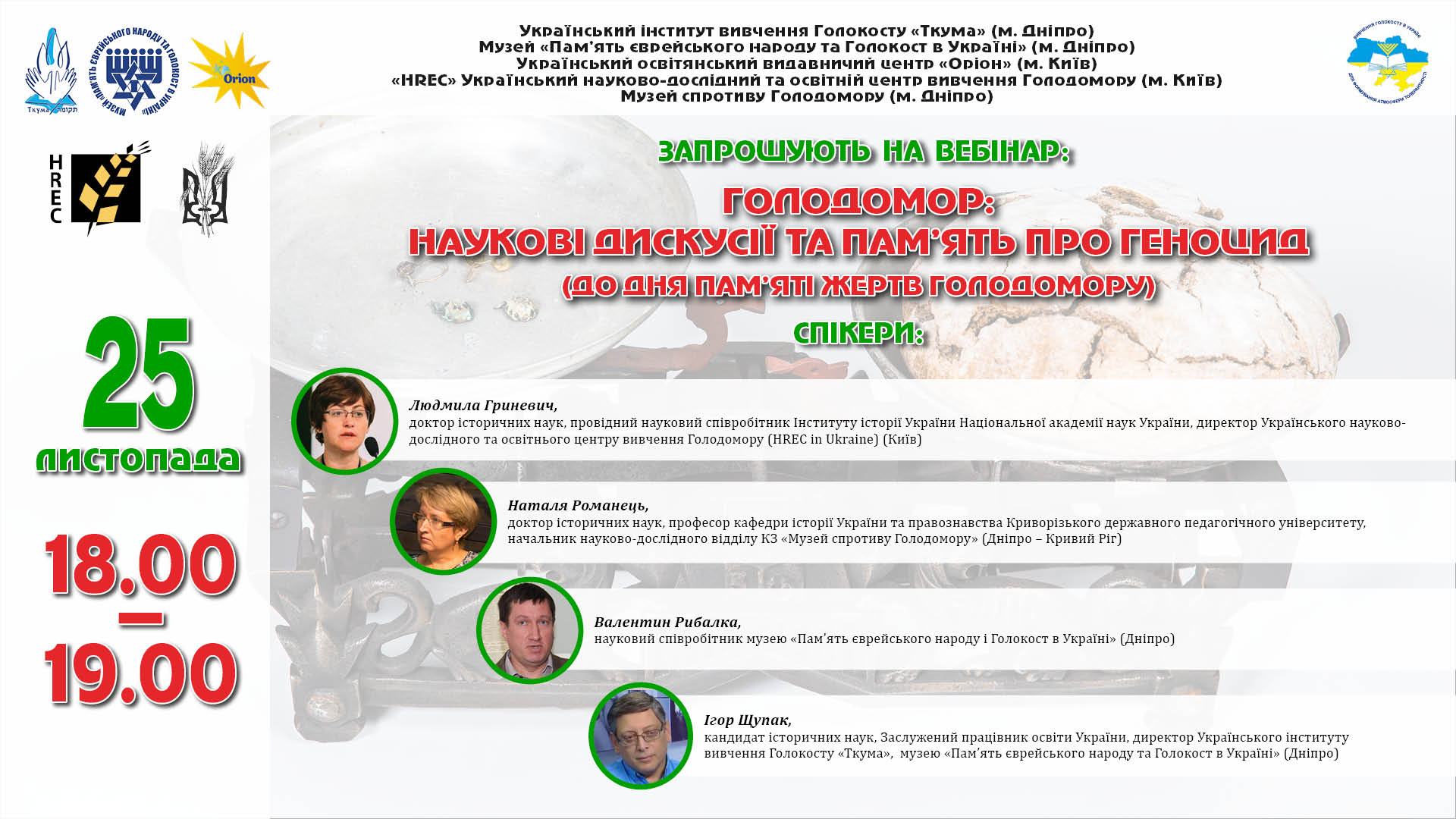 Liudmyla Hrynevych, Doctor of Historical Sciences, Professor, Leading Researcher of the Institute of History of Ukraine of the National Academy of Sciences of Ukraine, Director of the Ukrainian Research and Education Center for Holodomor Studies (HREC in Ukraine) (Kyiv)

Natalia Romanets, Doctor of Historical Sciences, Professor of the Department of History of Ukraine and Law of Kryvyi Rih State Pedagogical University, Head of the Research Department of Museum of Resistance to the Holodomor (Dnipro - Kryvyi Rih)

Full record of the event is by the link below: