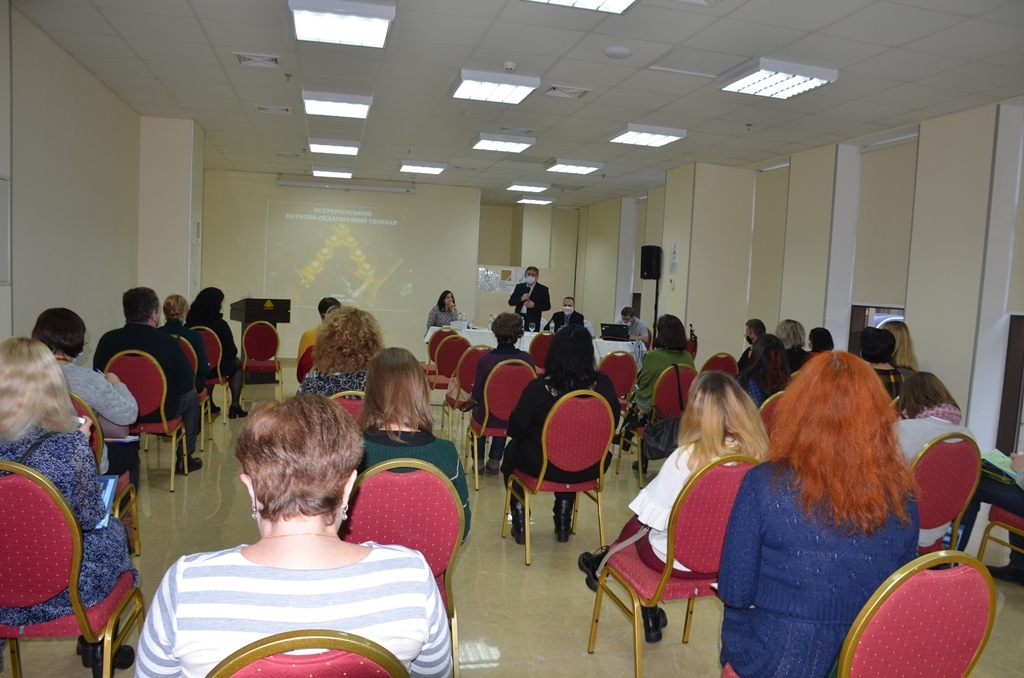 On January 27-28, All-Ukrainian Scientific and Pedagogical Seminar organized by the Ministry of Education and Science of Ukraine, Museum “Jewish Memory and Holocaust in Ukraine” and “Tkuma” Institute was held.

Despite the quarantine, representatives of 11 regions of Ukraine – teachers and history teachers, scientists, museum staff – were able to present at the seminar. An extremely rich educational program was prepared for the participants. These include Museum “Jewish Memory and Holocaust in Ukraine” guided tour, conducted by Dr. Olena Ishchenko; lectures by Dr. Igor Shchupak (“Peculiarities of the Holocaust in Ukraine”), Head of the South-Eastern Department of National Memory Policy Implementation of the Ukrainian Institute of National Memory, Professor of the National Technical University “Dnipro Polytechnic”, Doctor of Historical Sciences Igor Kochergin ( "State Policy in Preserving the Memory of the Holocaust in Ukraine"), Candidate of Philology, Associate Professor of Ukrainian Literature (Zaporizhzhia) Natalia Gorbach (“The Holocaust in Ukrainian Literature: Features of Art Reception”), independent researcher Tatiana Fedoriv (“When the pain managed to speak” – The topic of the Holocaust in the work of Ida Fink”), Deputy Director for Scientific and Methodological Work of the State Archives of Vinnytsia Region, Candidate of Historical Sciences (Vinnytsia) Faina Vynokurova (“Places of Sorrow – Places of Remembrance: Holocaust in Vinnytsia Region”).

Unfortunately, due to the pandemic some people were present only online – the director of the International Center for Education about Auschwitz and the Holocaust (Auschwitz, Poland) Andrzej Kacorzyk and the director of the Department of General Secondary and Preschool Education of the Ministry of Education and Science of Ukraine Yurii Kononenko.

In addition, during the seminar were held:

- presentation of the project “Ukrainian rescuers. Marathon of Stories”, implemented jointly with the National Museum of the History of Ukraine in World War II (Kyiv). Liudmyla Rybchenko, Deputy Director for Development and Communication of the museum; Valentyn Rybalka and Maryna Strilchuk, researchers of Museum “Jewish Memory and Holocaust in Ukraine”, presented the project to the audience. During the presentation, the participants of the seminar had the opportunity to watch the video story “Guide”, dedicated to the Righteous Among the Nations Fedor Vovk;

- practical lesson “Methods of working with creative works dedicated to the history of World War II and the Holocaust”, which was conducted by Iryna Matkovska, history teacher of secondary school #18 (Vinnytsia);

- practical lesson “Possibilities of debate technologies in teaching the Holocaust history”. The presentation was moderated by Olena Zyma, executive director of the NGO “New Vision” and Oleksandr Shangin, head of educational projects.

In the end, the educators received official certificates. We sincerely thank everyone for their participation!