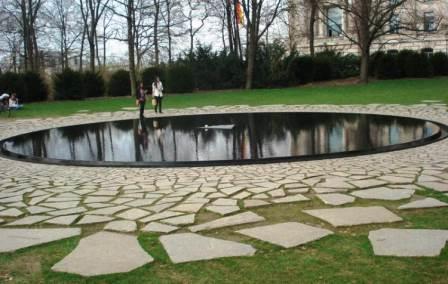 Today, August 2 we mark Remembrance Day for the victims of the genocide of the Sinti and Roma.

On the night of 2 - 3 August, 1944 in the gas chambers of the Nazi death camp Auschwitz-Birkenau about 3 thousand Roma and Sintiwas were killed. 20 years ago on November 23, 1996 the leaders of Roma organizations in Europe and the United States make a decision to make 2 August an official commemorative date. Since 2004, in Ukraine, as in most civilized countries, this remembrance day is commemorated at the state level. During the war, the Nazis killed more than 20 thousand representatives of this nation living in Ukraine.

"Tkuma" Ukrainian Institute for Holocaust Studies and Museum "Jewish Memory and Holocaust in Ukraine" expresses its sincere condolences to all representatives of the Roma people - victims and descendants of victims of the tragedy.

Our organizations are making practical efforts to preserve the memory of this genocide. Yesterday started the project "The tragedy of the Roma People and Memory of It in Ukraine, Moldova, Poland and Germany", which is supported by IHRA (The International Holocaust Remembrance Alliance). The project will result is creation of the museum exhibition and mobile exhibition.

We invite all interested in this topic to cooperation!