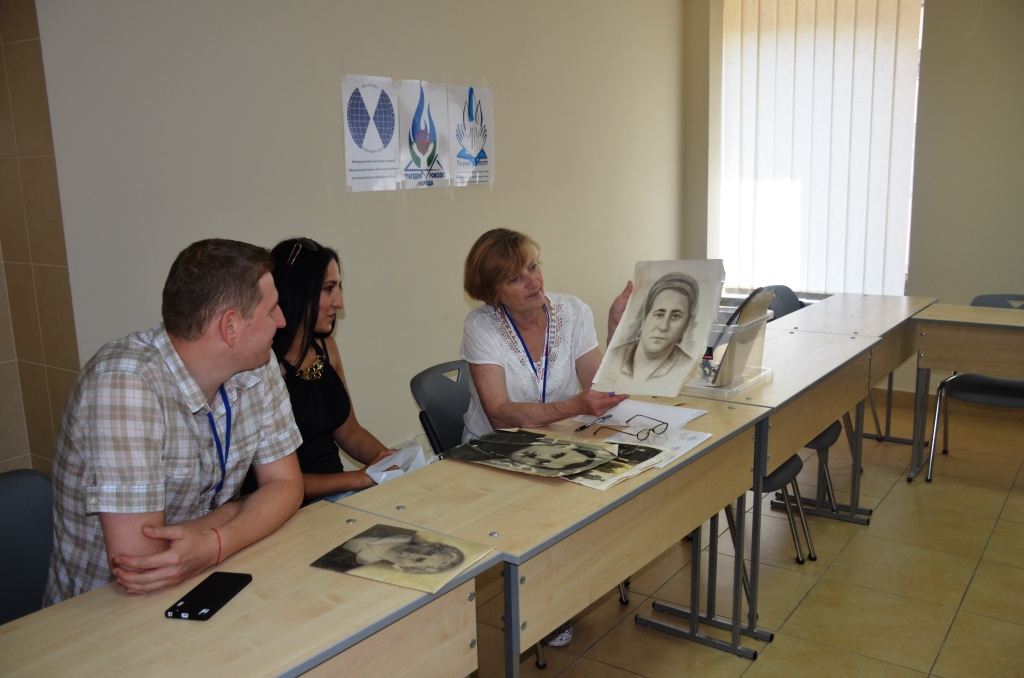 The Holocaust Museum and “Tkuma” Institute are establishing cooperation with the Roma community of the Dnipro city and region. On August 04, 2017 negotiations were held with representatives of our city’s Roma representatives on the creation of the exhibition “The Tragedy of Roma people in Ukraine and Moldova” at the Holocaust Museum, as well as on the possibilities for further cooperation.

During the meeting Liubov Kuzmenko Donated unique exhibits – family relics – to the Holocaust Museum. These were Roma whip, which is over 100 years old, as well as documents and photos from family archive.

These exhibits will became the basis of the first permanent exhibition in Ukraine dedicated to the genocide of the Roma people, organized and implemented by the Nazis in 1935-1945 in Germany, the Third Reich Allies and the occupied countries. Creation of the exhibition will be held within the project “The Tragedy of Roma People and Memory of It in Ukraine, Moldova, Poland and Germany”, supported by the International Holocaust Remembrance Alliance. The opening of the exhibition will take place next year.