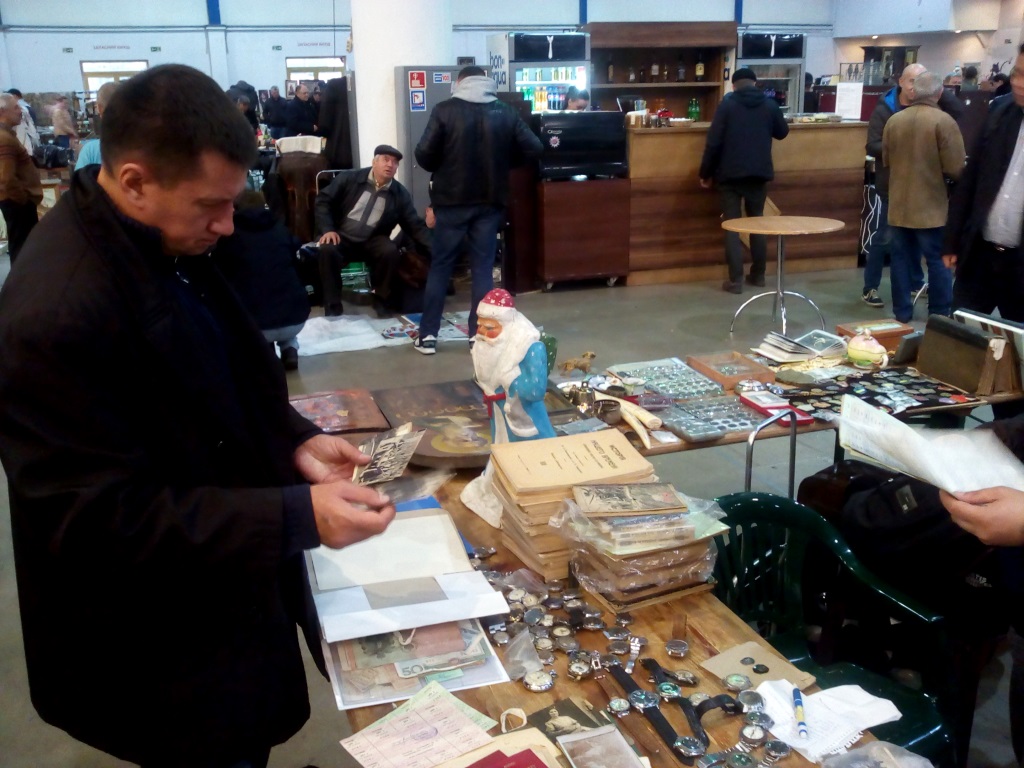 On October 28, 2017, Valentyn Rybalka, research associate, and Denys Shatalov, deputy head of Museum and Research Department of Museum “Jewish Memory and Holocaust in Ukraine”, visited the All-Ukrainian meeting of collectors, which was traditionally held in Kyiv, in order to find exhibits for new exhibition, devoted to the tragedy of the Roma people during the Second World War. This collection is actually the largest event for collectors of antiques from Ukraine and foreign countries.

The trip proved to be effective – the Holocaust Museum staff managed to find and buy pictures, books and other publications that tell about Roman life in Ukraine on the eve of the war and attempts to preserve the memory of genocide in the postwar period.