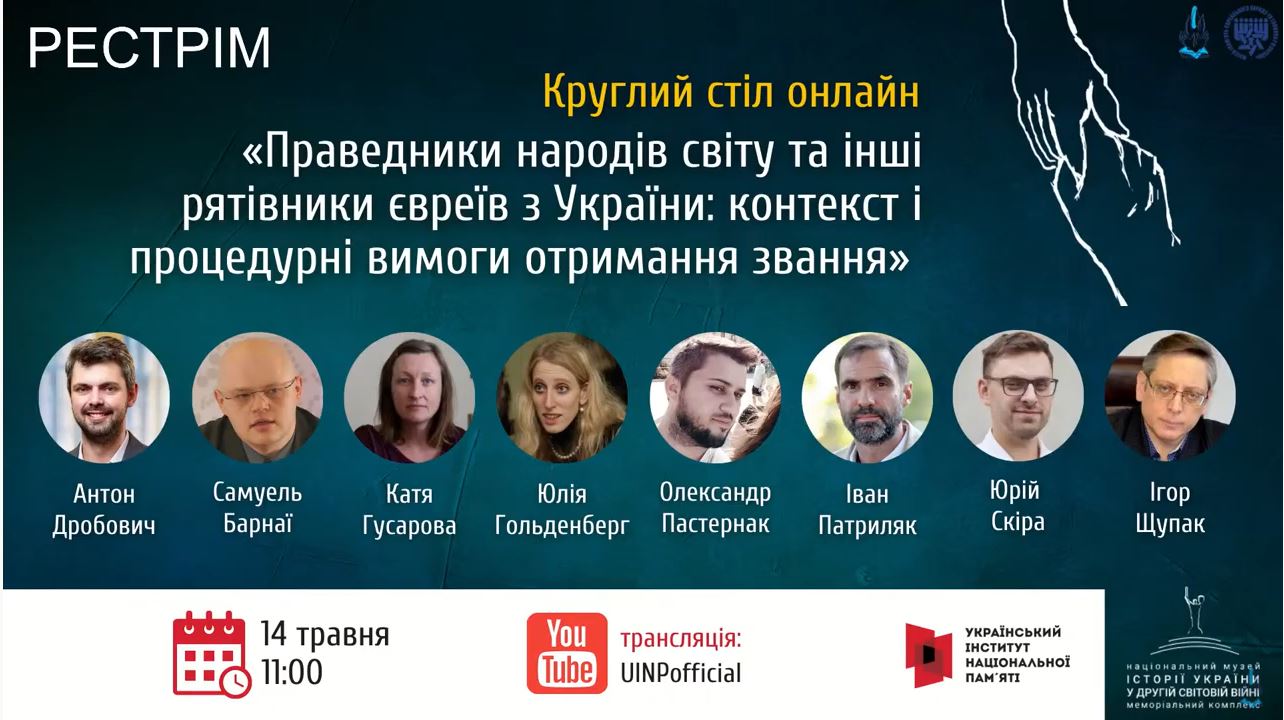 May 14 as part of the All-Ukrainian online marathon “Ukrainians-rescuers. The Marathon of Stories” a round table “Righteous Among the Nations and other rescuers of Jews from Ukraine: context and procedural requirements for obtaining the title” was held. The event was organized by the Ukrainian Institute of National Memory, the National Museum of the History of Ukraine in the Second World War, the Charitable Foundation "For You".

During the round table, participants discussed following topics:

- Features of the rescue of Jews in different regions of Ukraine and in the international dimension: whether they were and what caused them;

- procedural requirements and international experience in conferring the title of “Righteous Among the Nations” and establishing the facts of rescuing Jews during the Holocaust;

- Yad Vashem and the problem of conferring the title of Righteous to Metropolitan of the UGCC Andrey Sheptytsky and priest Omelyan Kovch;

The online broadcast of the round table was on the official Youtube channel of the Ukrainian Institute of National Memory and is available here.