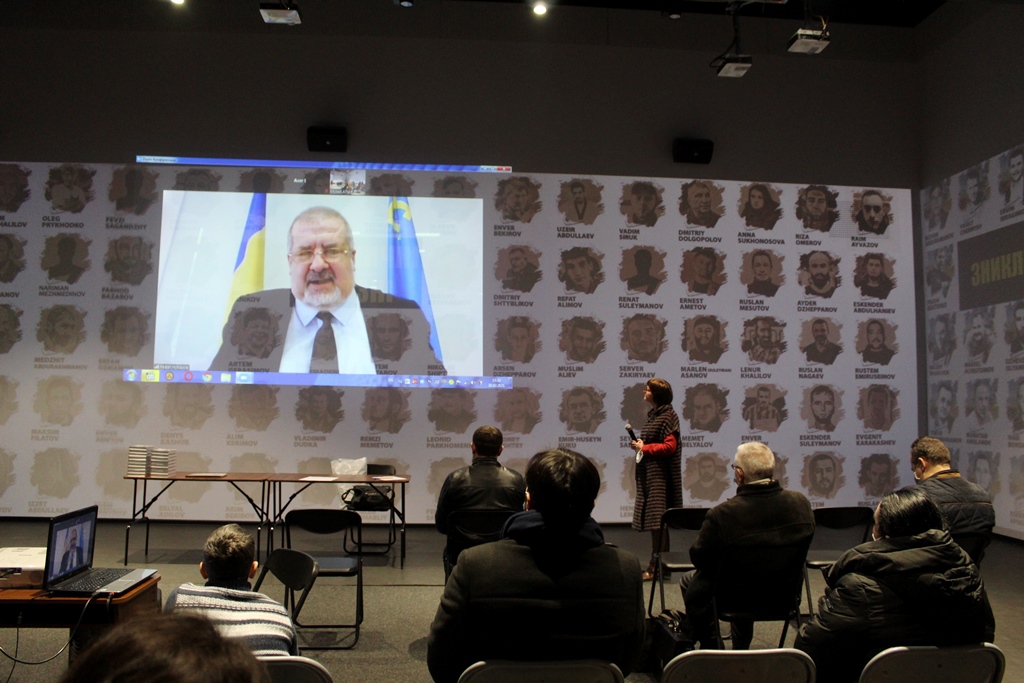 On February 26, the Day of Resistance to the Occupation of the Autonomous Republic of Crimea and Sevastopol was celebrated on the basis of the ATO Museum (Dmytro Yavornytsky National Historical Museum of Dnipro). On this day seven years ago, the Crimean Tatar people together with the Ukrainians demonstrated their will and desire to remain part of Ukraine. Scientists from “Tkuma” Institute and Museum “Jewish Memory and Holocaust in Ukraine” were invited to take part in the festivities.

During his online speech, Refat Chubarov, speaker of the Mejlis of the Crimean Tatar People, spoke about the importance of the events of February 26, 2014, which prevented the Russian Federation from entering Crimea from the “main entrance” by opening of the Crimean Verkhovna Rada session.

Asher Cherkasky, Crimean, anti-terrorist operation veteran, spoke about what was happening in Crimea seven years ago. Ihor Kocherhin, head of the South-Eastern Department of the Ukrainian Institute of National Memory, Professor Serhii Svitlenko, dean of the Faculty of History, film producer Natalia Khazan and other participants in the educational event discussed the origins of the Crimean Tatar people's opposition to Russian aggression. Dr. Olena Ishchenko, researcher at Museum “Jewish Memory and Holocaust in Ukraine”, spoke about museum projects that commemorate the events of 2014 and promote the solidarity of the Ukrainian and Crimean Tatar communities.