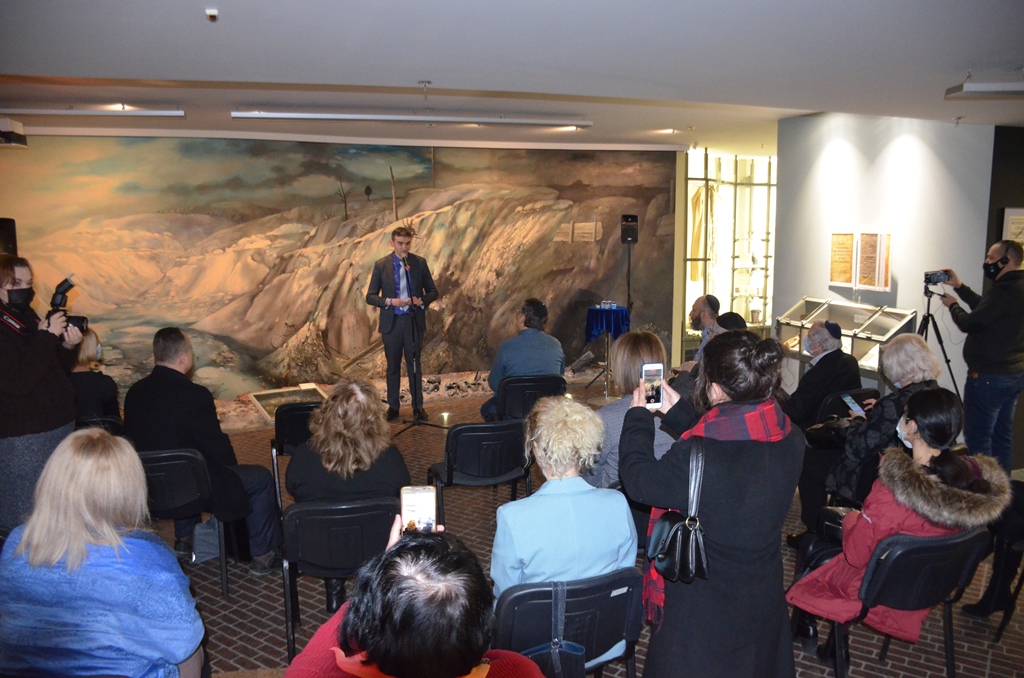 On January 27, Ceremony dedicated to the International Holocaust Remembrance Day was held in Museum “Jewish Memory and Holocaust in Ukraine”. Zelig Brez director of the Dnipropetrovsk Jewish Community Charitable Foundation, Olga Gorb, deputy head of the Dnipropetrovsk Regional State Administration, Ihor Kochergin, doctor of historical sciences, head of the South-Eastern department of National Memory Policy Implementation of the Ukrainian Institute of National Remembrance, professor of the Dnipro University of Technology, Oleh Rostovtsev, director of the Charitable Foundation “Khesed Menakhem”, Dr. Igor Shchupak, spoke about the importance of memorializing the terrible events of the Holocaust, its lessons for the present.

Each speaker lit a candle in memory of the 6 million Jews killed in the genocide. Oleksandr Fridkis, leader of Dnpro Jewish Religious Community read the honorary Holocaust remembrance prayer.

During the Ceremony Dr. Yehor Vradii, who moderated the event, presented a new exhibit to the public – two commemorative silver medals created by the “Mint “Princely”. They are dedicated to the 80th anniversary of the Babyn Yar tragedy and depict children, women and the elderly who are died. We truly thank the company “Mint “Princely” and its director Kateryna Klymenko for the gift! It will soon take a worthy place in the exhibition of our Museum.

The video of the Ceremony you can watch on the YouTube channel of the Holocaust Museum by following  the link.